Street Life: Having a wild, wild weekend in Hamtown 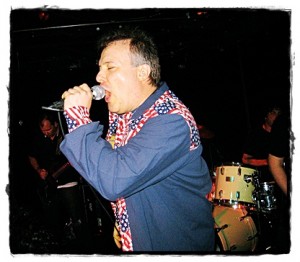 There is no shortage of smart art and leftfield musical happenings and political rantings in Hamtramck this weekend, that’s for sure.

Last weekend, the huge Art Detroit Now network of gallery and museum exhibitions crawled across the metro area, touching down in several local creative spaces. This week, Hamtramck and adjacent north Detroit and Poletown locations will be hosting a smaller crawl. But one that should be big fun all the same.
During the afternoon of Oct. 9, Popps Packing (12138 St. Aubin), Public Pool (3009 Caniff), 2739 Edwin, (2739 Edwin); Hatch: a Hamtramck Art Collective at Cafe 1923, 2287 Holbrook, all in Hamtramck; and the Yes Farm (Moran at Farnsworth, Detroit) and the Power House neighborhood (north of Carpenter, south of Davison, west of Conant, Detroit) will open their doors from 1-6 p.m. Many are within walking or biking distance — we’re plotting out the distance between these places on our bikes and will have some google maps to share in a future column — one of Hamtramck’s greatest assets.

There is a near-perfect marriage here of art, culture and walkability. Add the accessibility to good food options and that adds up to a nice foundation for quality urban living.

After the crawl, get something to eat and then head over to Small’s for what promises to be an outrageous night of music and spoken word raving courtesy of Jello Biafra, who first gained attention as the lead singer and songwriter for San Francisco punk rock band Dead Kennedys.

Remember them? Of course you do.

After his time with the band was done, he took over management of the indie record label Alternative Tentacles, which he co-founded in 1979 with Dead Kennedys’ bandmate East Bay Ray. Biafra was hardcore then, and he’s hardcore now, putting out records by the Butthole Surfers, the Subhumans, the Pansy Division and a memorable box set containing the works of the late peoples’ historian Howard Zinn.
Politically, Jello Biafra is a member of the U.S. Green Party and ran for the party’s presidential nomination in 2000, finishing second to Ralph Nader. Biafra is known to use absurdist media tactics in the tradition of the Yippies (remember them? If not, call me and we’ll talk) to highlight issues of civil rights, social justice, economic populism, boosterism, anti-corporatism, peace movements, anti-consumerism, environmentalism, anti-globalization, universal health care, gay rights, anti-capitalism, abortion access, feminism, and the separation of church and state.

That’s some agenda. If only a fraction is part of this performance we’ll be happy.

Say hello to Jello at Small’s (10339 Conant Avenue, Hamtramck) this Saturday, Oct. 9. Doors are 8 p.m. Shout out “Street Life!” from the back of the room and see what happens. Have a wild — but not too wild — weekend everybody.