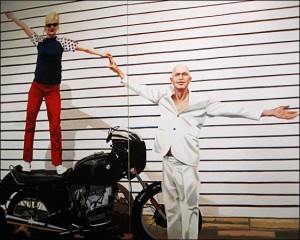 A lot goes on in a typical week in Hamtramck. Expand the range of activity over a month, and the city reaches a point close to bursting at the seams with things happening.

When we started this column it set out to preview and survey the city’s cultural life — brought into focus by Hamtramck’s greatest asset: human-scale urban life represented by the connectivity of the street — each week. And there was plenty to write about. Now that we do it once each month the possibilities multiply.

It might be just that the beginning of spring brings the city to life a bit more. Warmer days (though there is still an unseasonable chill in the air) brings out walkers and cyclists, the lines grow longer on the sidewalk outside Polish Village or inside at the three registers at Al-Haramain produce market.

The best is yet to come, in terms of seeing bodies in motion on the street, in the months ahead.

But let’s first tighten the focus on early April and a massive event that took place about seven minutes south by southwest of here by car, roughly double that by bicycle. That’s in Midtown, where the city’s Cultural Center is anchored.

The event was called Art X, sponsored by the Kresge Foundation, which has been helping push an arts and culture agenda by awarding fellowships valued at $25,000 to 18 artists each year. There is also a $50,000 eminent artist award given out annually. That’s good money well spent to fund work that has numerous positive ripple effects — for catalyzing neighborhood and community life — for years to come. 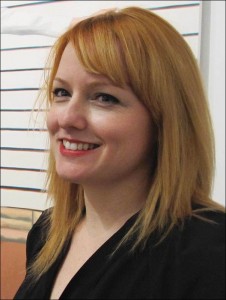 An extraordinary piece of Hamtramck life was the centerpiece of this extraordinary week of art and human energy.
One of the fellows is Hamtramck-based painter Kristin Beaver, who created a life-sized homage to Sandra Kramer and her late husband Jim Shaw, who died in December after a two-year battle with cancer.

The painting shows Kramer atop her motorcycle and Shaw, dressed in a white suit before her, barefoot and beatific, to her left. The couple is holding hands. The background is their Hamtramck house. It is a lovely image that touches all who knew Shaw, an important figure in Detroit’s music scene since the late 1970s, and Kramer, who owns the Hamtramck hair salon Barberella. It is a beautiful picture, regardless of whether you knew the couple or the circumstances, making it even stronger as a work of art.

There is also another portrait of Kramer wearing sunglasses, standing with hands on hips, a glass door behind her, looking directly back at you. She’s a rockin’ Hamtramck gal. And it shows in Beaver’s painting.

The paintings hang in a special gallery created for Art X by the Museum of Contemporary Art Detroit (MOCAD). If you have not seen the works, it is highly recommended that you do. They remain up until this Sunday, April 25. MOCAD is at 4454 Woodward at Garfield St.

Also as part of Art X, Kresge fellow Steve Hughes read selections from a book of collected works from Stupor, a zine he started in New Orleans before moving to Hamtramck in the mid-1990s. A standing room only crowd attended the reading at Leopold’s, an independent book store in the Park Shelton apartment building near the Detroit Institute of Arts. The book is available there for $14.95 and at Public Pool, the Hamtramck art space that Hughes helped co-found.
Next week, more neighborhood and community buzz comes to the city thanks to Model D, which brings its popular speaker series to town at the Hamtramck Public Library.

The speaker series has featured guests from outside and inside the region, talking about ways to jumpstart the economy, address social and cultural issues, or just talk about the meteoric rise of the Detroit food scene — the topic of last month’s packed event at Cliff Bell’s downtown.

I will also be a part of the program, summarizing the topics to be discussed in what should be a breezy five minute introduction. Let’s all hope it’s breezy. There will also be a Q&A session at the end.

I hope to see you there. It should be an excellent program.