Students plug into the making of the Volt commercial 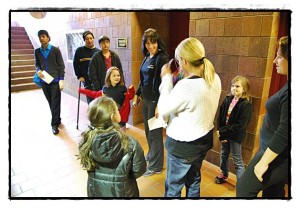 Hamtramck Public School students wait to be interviewed by producers of an upcoming commercial for GM’s hybrid vehicle, the Volt. The commercial will feature students talking about their Hamtramck experience, The Volt is being made in GM’s Poletown plant, which straddles Hamtramck and Detroit.

Public school students are once again invited to be interviewed for the upcoming commercial, and now the casting call has expanded to employees of the school district.

The commercial will focus on their “Hamtramck story” – a sort of documentary style commercial.

The casting call starts at 3:45 p.m. and is being held at the high school community center, located on Charest just north of Caniff.

The talent agency organizing the casting call is being closed-lipped about details of the commercial and when it will air. But hey, it’s that kind of business.

At last Friday’s interview session, about 50 students showed up for the shoot. We managed to talk to two of them before being unceremoniously asked to leave.

But hey, it’s that kind of business. Don’t jump to conclusions, though, it’s not like we hold a grudge and would sink to badmouthing the Volt just in spite.

Besides, from what we can tell, Hamtramck’s public schools have some pretty incredible kids. In short, they love this town.

It’s enough to make you wish some of the adults here would share the same unconditional passion our kids have about this city.

For example, Karolina Rejniak, an 18-year-old senior who emigrated from Poland 10 years ago, thinks Hamtramck is a “cool city.”

“I love the diversity, all the parks, everything we have,” she said. “It’s safe here.”

Sayfur Rahman came from half away around the world, where his parents emigrated from Bangladesh. Sayfur wasn’t entirely sure if he was born there or in New York City (where this humble writer first greeted the world).

No matter, at age 15, he couldn’t be more geeked about the Hamtramck experience.

“It’s been beautiful,” he said. “There are so many nationalities, and you make friends constantly. If one friend leaves, there’s another who comes by.”

Something tells us that there is a common narrative emerging about growing up and living in Hamtramck.

Can’t wait for the commercial. 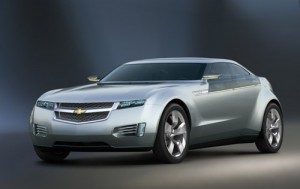