Taking a look into the year ahead: the city’s financial picture 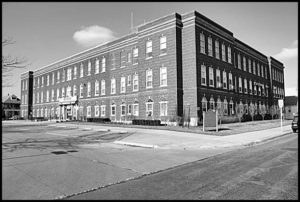 This year will likely be a financial challenge for city officials as the city’s budget surplus becomes burned up. There are also plenty of major development projects for the year ahead.

By Charles Sercombe
Now that the year 2021 is behind us, it’s time once again at The Review to dust off our crystal ball and gaze into the coming year.
You can bet Covid isn’t going away any time soon, and it will continue to dominate our lives. During the past two years of the pandemic, over 4,000 residents caught the disease, and 64 people here have died.
But so far this year, it doesn’t look like we’ll be going through quarantines, and our usual city events are still scheduled to take place at this point, such as the music festival and the Labor Day Festival.
There are so many developments that were underway in 2021 that will continue to expand this year. The historic Hamtramck Baseball Stadium is set for further renovations after receiving an infusion of grant monies, and there are likely to be millions of dollars coming the city’s way for infrastructure repairs.
The school district also has an ambitious school construction project in the works.
We have new leadership in both the city council and the mayor’s office. We can expect the city to head toward new goals and achievements, but for now it’s “wait and see.”
The leadership in the public school district appears to be in flux, with both the superintendent and director of human resources mysteriously out on leave since October. So far, school officials are not talking.
The city’s election districts were also re-drawn, and that might lead to new representatives in the state legislature, and for sure in Congress. Brenda Lawrence — whose congressional district included Hamtramck — has retired.
But the biggest area of impact, from the looks of it, will be the city’s financial one. That’s because the city is going broke.
For the past two years the city has been burning through its budget surplus to make ends meet. At some point this year, those cash reserves will be exhausted.
So, what does that mean?
So far, it doesn’t appear anyone is hitting the panic button. But obviously some hard financial decisions will have to be confronted and solved, or maybe not.
It’s not out of the realm of possibilities for the state to once again have to step in and appoint an emergency manager. The only problem with that is, when the state did that two previous times, the city’s long-term financial issues were never dealt with.
Instead, the state just gave the city loans – it literally just threw money at the problem, and then walked away saying, “problem solved.” Except it wasn’t — and everyone is still kicking the financial can down the road.
We are not hoping for state intervention, but clearly some serious decisions are going to have to be made.
As for last year’s hot topic, marijuana dispensaries, that has pretty much cooled down and disappeared. The outlets did not prove to be the magnet for criminals some had feared and, in fact, will be paying some pretty hefty taxes and fees into the city’s coffers.
As for the city’s financial future, it’s too bad that our metaphorical crystal ball can’t show us what exactly will happen.
Or at least reveal winning lottery numbers.
Posted Jan. 21, 2022