The new year already promises to be a page-turner 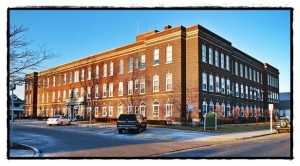 Well star gazers, time to look into the cosmos and divine what’s in store for Hamtramck in the coming year.

The year 2011 already promises to be a page-turner. Obviously, the state of the city’s finances will be the top news event of the coming year. So far, a majority of the City Council has elected to do nothing about the city’s finances, except for directing the city manager to look at the cost-savings of outsourcing police, fire and all other city services.

A majority of the council has rejected applying for an emergency state loan and raising revenue by increasing the city’s property tax rate to its legal limit. Those two moves could have staved off the financial insolvency due to arrive sometime in March.

Hang on, because this is going to be a rough ride.

Meanwhile, we have a new governor on board but it is still too early to say how the political winds will blow. However, newly elected Gov. Rick Snyder has been quoted saying he wants to go after the salary and benefit packages of public employees – which is something Hamtramck also wants to do.

He has also said cities and public school districts need to merge services – hey, which is also something Hamtramck is looking into. Just how all of that will play out and trickle down to Hamtramck remains to be seen.

Snyder says we need to reinvent Michigan. Ah … that certainly makes for a good campaign slogan but what the heck does that really mean?

A bigger question might be, will there be a good enough reason for Snyder to allow Hamtramck to remain an independent city? In the state’s eyes, it might make more sense to merge little cities like Hamtramck, which are drowning in debt, with neighboring communities or counties or townships or whatever is close by.

You can bet local officials will put up a mighty big fight to keep Hamtramck intact as an independent – and we might add, feisty — community.

If the teachers’ union rejects that proposal, and so far, at least, the union leadership has — without input from its members — Niczay warned there will be layoffs by next summer. To stop the financial bleeding, Niczay has scheduled to close down Dickinson West Elementary School, which is housed in the former St. Lad’s school building, after this school year.

That will translate into big savings for the district, but what a financial blow to St. Lad’s Parish. Hmmmm, with the Detroit Archdioceses planning to close down more parishes, will St. Lad’s be on the chopping block?

And if St. Lad’s were to be sold, would a mosque take it over?

Anyway, back to the school district. The closing of Dickinson West will save the district over $300,000 a year in rent by transferring those students into existing school buildings. The other schools will be able to handle the influx of students because of the district’s ongoing loss of students. This year, the student population count went down by over 100 students.

That meant a loss of $1 million in state aid revenue. If the district continues to lose kids to other schools, drastic cuts will be needed.

Development-wise there are some bright spots as well as troubling signs. Kowalski Sausage Co. recently made news that it might move out of the city to a vacant former Sam’s Club in Madison Heights.

Local officials are working with the county and state to offer an incentive deal to have the company build a new plant here in town.

Which way will the company go? Local officials say that from what they have heard, there is reason to be optimistic that Kowalski will keep its roots here.

A bigger question on the minds of many, although it may seem trivial, is whether the iconic Kowalski neon sign will continue to shine if a new plant is built.

Also on the building horizon is the rehab of existing housing structures and the construction of new houses this year. The development is part of an ongoing settlement agreement over an ages-old housing discrimination lawsuit.

While the roots of the housing development is a stain on the past behavior of city officials, the new housing is certainly a welcomed thing. But it’s Hamtramck’s hard luck that the new housing is occurring during one of the worst housing market crashes ever.

We’ve got a remedy for that buzz kill.

Marijuana. As in medical marijuana.

Talk of whether medical marijuana growers can light up their operations will continue to dominate the City Council. The council has been unable to budge from an initial zoning proposal on where to allow growers to set up shop.

Some councilmembers are opposed to allowing growing facilities to operate along Jos. Campau – the city’s main business district – while others say why not? Considering the number of empty storefronts on Campau, you’d think any development would be welcome.

One thing’s for sure, the city won’t allow major growing facilities to open in residential areas where odors from the plants could overwhelm neighbors. Yeah, nothing like going to work reeking of pot.

Unless “perfume de pot” has become the new patchouli.

No matter what the city eventually decides, the issue is really in the hands of state lawmakers who are just as baffled on what to do with the voter-approved law.

Some say the whole thing could end up in the courts, while others say even if state law permits the plant’s use for medical conditions, federal law still outlaws the weed.

It underscores a long-simmering debate over states’ rights versus the role of the federal government. Will marijuana be the next catalyst for a national Civil War?

Will everyone be too stoned to fight it?

Talking about having a party, what will become of the Hamtramck Labor Day Festival? For the past two years the festival has experienced a resurgence. Last year was, hands-down, a smashing success, bringing in a profit of $30,000.

But … will the two lead organizers of the festival, Kathleen Bittner and Rachel Srodek-Karpinski, come back again? Word is a certain councilperson made quiet a scene a few weeks ago at a local bar, demanding that Bittner hand over financial information.

That turned out to be a real turn-off for Bittner. Well, maybe time will be a healer.

There’s plenty more to ponder for the coming year, but we’re going to sign off for now. There’s already too much on Hamtramck’s plate to think about.