This is no made up Halloween tale for Hamtramck 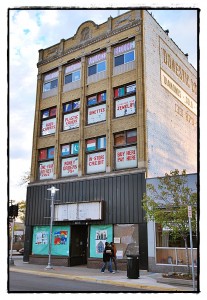 Stop by a special City Council meeting Monday evening, and the stuff you’ll hear will make the hairs on your arms stand up.

This is no tale for the kiddies or faint of heart.

In a nutshell, here it is: Hamtramck’s financial picture is worse than ever and it looks like the city has two months r so before it’s lights out.

And that means some tough decisions by city officials in the coming weeks – that is if they have the stomach to make those decisions. One of the frustrating facts facing officials is that there is little to cut from the budget – except where the big ticket items are located.

And that includes police and fire service as we know it.

Councilmember Tom Jankowski said there is a cash flow problem and that by January “there will be nothing.”

City Manager Bill Cooper has been warning the council — and anyone who will listen — that the city will be bankrupt by January.

It was just a little over a year ago that the city’s finances were looking rosy. So what happened?

The biggest hit to the city’s budget came from Detroit. Mayor Dave Bing’s administration is withholding $3 million in shared tax revenue collected from GM’s Poletown plant, which straddles both Detroit and Hamtramck.

Detroit is insisting it has been overpaying Hamtramck for several years and that part of the shared tax agreement has expired.

The city had been collecting about $4 million a year from the plant. Considering the city’s annual budget is about $18 million, that’s a large chunk of change. Also hurting the city is the crash in the housing market. The lower values of homes and the high number of forfeitures translate into less property taxes collected.

Another wallop is the loss of income tax from American Axle and the drop in tax collection from equipment in the plant. The company shut down the plant a year ago and let go most of its workers.

The city has already laid off several employees and cut salaries for non-union employees. Cooper has been asking union employees to take salary and benefit cuts to further help out, but so far only the firefighters have agreed to cuts.

So what else can be done?

Jankowski said it’s going to come down to – sooner or later – disbanding the Police Department and bringing in the county sheriffs.

He said he doubts a majority of the council will agree to that move.

If the city fails to take any action to balance the budget, the state could intervene and appoint an emergency financial manager. Hamtramck already experience a state-appointed manager in 2000.

The thinking is that the state may file for bankruptcy on behalf of the city in order to make sweeping changes to union contracts and possibly merge police and fire services with either the county or Detroit.

No matter what, it looks like payless paydays are on the horizon for city employees. Jankowski said the city is gliding by on its “budget stabilization fund” – another way of saying we’re using up the rainy day fund.

Folks, it’s not only raining, it’s a tsunami, figuratively speaking.

Monday’s meeting won’t be all doom and gloom. There are still some development projects underway, thanks largely to stimulus money being pumped into the economy by the Obama administration.
A hearing will be held to decide whether to approve a Brownfield tax credit for a major development project here in town.

The four-story building on Jos. Campau and Belmont is slated for renovation. Part of the work includes the removal of asbestos and lead. The developer, Mark Hausner, is in line to receive $119,000 from taxes collected on the property, but that payment won’t come until 14 years from now.

In the meantime Hausner would get a tax credit and a tax break for the next 12 years.

Plans call for a soul food restaurant on the bottom floor and loft development in the upper floors.

Hausner is also applying for a special state grant that will give him $30,000 (in stimulus money) for each living unit he creates in the upper floors, although that grant is good for no more than four units.