This weekend, there will be dancing in the streets 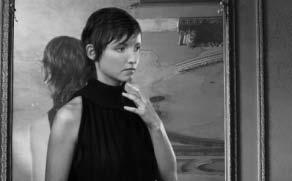 I’m up to my neck in techno these days, getting ready for the impressively massive Movement Festival weekend that beckons.

And when I say massive, I mean it.

On top of three full days and nights (up to midnightish) filling up downtown Detroit’s Hart Plaza with electronically-produced rhythms and sounds, there are enough pre-, after- and other off-site events to keep us dancing all summer if they were to be stretched out over the next three months.

Detroit has long enjoyed a reputation for maximizing the fun of its partygoers. If you add them all up, starting this Friday and ending at some point next Tuesday, it’s all jam-packed into around 100 hours, give or take.
Do I hear a “wow?”

This year’s festival lineup is quality-rich, featuring headliners Model 500 — fronted by Juan Atkins, the eldest of the famed Belleville Three who first began attaching the word “techno” to his productions in the first half of the 1980s; Inner City, the Kevin Saunderson-led group that broke the music wide open with the international club smash “Big Fun” in the late-1980s; and Plastikman, the minimal-acid alter ego of Windsor’s Richie Hawtin (now based in Berlin), the prime mover of the Midwest rave scene of the 1990s.

A coup for festival promoters and producers Paxahau is the snagging of trippy tech-house producer/DJ Ricardo Villalobos, who has not played in Detroit (or the U.S. since 2002), largely seen as a protest against this country’s military presence in the Middle East. We’re still at war, but we’re glad he’s back.

Also, there are tons of after-parties and related off-site events at Detroit Threads (10238 Jos. Campau), special in-store DJ guests expected include Pirahnahead, Aaron-Carl and Andy Garcia; plus Jennifer Paull and yours truly of the ambient-disco-dub project nospectacle.

We play records Monday, 3-6 p.m., but talent is spread out over five days, beginning Thursday, May 27. It’s all free and clothes and record shopping are encouraged.

Check out this week’s Metro Times cover story for artist profiles, and more festival and party picks, with links to lineups and schedules. Have a happy holiday and rave away safely no matter where you are.

One Response to This weekend, there will be dancing in the streets