This year’s election is blah, but the gossip is juicy 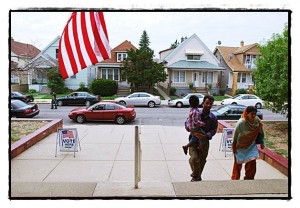 Where were the voters?

We’ve already reported how lame the City Council race has played out this campaign season.

There was hardly any campaigning, at least from what many political observers could tell.

And when it finally came time for the Primary Election, even the voter turnout was slim. Perhaps it has something to do with the fact that the ballot was not particularly sexy: The only thing to vote on was the City Council election.

Ah, but after the election, boy, did the gossip fly. The leading accusation, and we heard this from more than one candidate, was that so-and-so is guilty of signing up voters from outside of the city.

One juicy tidbit pointed to a certain address on Conant, a commercial building, with no household dwelling attached, containing 30 newly registered voters.

The City Clerk’s Office was prompted to investigate. Turns out, not true.

One of the more persistent things being talked about was candidate Dilshad Chowdhury’s having a serious conflict of interest at work that could cost him his job.

We talked to Chowdhury about what was being said, which was that as an employee of a casino, by law he cannot remain employed at the casino if he runs for or holds elected office.

City Attorney James Allen confirmed that the state’s gaming law prohibits an employee from holding a job at a casino if he or she runs for or gets elected to office.

But according to Chowdhury, who works at MGM Grand Casino, he talked about the matter with his manager and was told that since he’s not a manager, it’s OK for him to run for office.

We called back City Attorney Allen who said he didn’t know for sure if that is accurate. Besides, he said, it’s an issue between Chowdhury and his employer.

No matter what, Chowdhury has every right to run for office. It’s just a question of whether he can continue to work for a casino, and as Jim Allen pointed out, it’s Chowdhury’s problem.

Chowdhury also wanted to clarify why he did not attend the “Meet the Candidates Night,” which was co-sponsored by The Review along with the Hamtramck Block Club Association.

The boycott also included not participating in The Review’s candidate questionnaire.

Mahfuz said the boycott was called because they think The Review is racist and anti-Islamic.

Chowdhury said he was not a part of that letter, and said he does not know Mahfuz. Furthermore, Chowdhury said, he missed the candidate forum because of work.

As for why he did not return The Review’s candidate questionnaire, which was mailed to each candidate, Chowdhury said he never received it.

The Review sent the questionnaire to the address supplied by the City Clerk’s Office. Chowdhury confirmed we had the correct address.

5 Responses to This year’s election is blah, but the gossip is juicy