Time once again to get ready to rock at the ‘Blowout’ 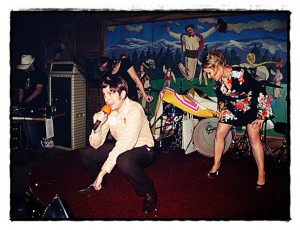 In less than a week Hamtramck will host the Blowout, one of the largest independent street level rock music festivals in the country, for the 14th year.

I’ve been to every one and written about them all. A few years ago I wrote a story I’m especially happy with. It was published in Model D. I was looking at it earlier today and thought it captured the essence of the event — and the city — perfectly.

So here it is again, five years later. More to come next week.

The Blowout is held in a community that is built for pedestrians in motion. Hamtramck is a city of neighborhoods, with easy access from one end of the two-square-mile town to the other.

Each year, the Blowout attracts thousands of music fans to a city perfectly situated for commuting music fans. Hamtramck is about 10 minutes from downtown, seven minutes from Wayne State University and Detroit’s Cultural Center and 15 minutes from southern Oakland and Macomb counties.

You might need a car to get there, but once people hit the sidewalks, walking or shuttle buses provided by the Metro Times become the best options. There is also a sizable population of local fans and musicians who can simply step off their porches, round the corner and be within crawling distance of a Blowout venue.

Some of the area’s top music spots are in this town, which national music mag Blender tapped as the country’s No. 2 rock ‘n’ roll city a few years ago. Well before that, Hamtramck had become known as one of the first places in the area to embrace original punk and new wave music in the mid- to late-1970s. A dive called the Misty Inn booked the Romantics long before the band’s hit ‘What I Like About You” became a favored song at baseball stadiums and hockey arenas across the country.

Then Lili’s — where celebrity patrons like the Clash, Iggy Pop and the MC5’s Wayne Kramer all once bellied up at the bar — started up a storied 25-year run as a hot spot for local and national rock acts. Later, it was Motor for techno, and Lush for electronic lounge and hip hop. All those businesses are now closed, but when the Blowout began in 1998 Hamtown’s neighborhood music scene was given new life.

Some of the highlights of past events include appearances by the White Stripes, The Go!, Wildbunch (which later morphed into the Electric Six), Brendan Benson and the Volebeats,, the Sights, Blanche, the Detroit Grand Pubahs, Matt Dear, Warn Defever and Saturday Looks Good to Me.

The opening night party — where you can get wristbands for $20 that get you into all venues March 2-5 — is Wednesday, March 2 at the Magic Stick and Garden Bowl (4120 Woodward Ave., Detroit). Wristbands will also be available at Detroit Threads (10238 Jos. Campau) and the Gates of Columbus Hall (9632 Conant). Threads will host DJ talent Thursday, Friday and Saturday.

Some of the spots where fans can see bands this weekend include Atlas, Baker’s Streetcar, the Belmont, Jean’s, Kelly’s, Mars Bar, New Dodge, the Painted Lady, Paycheck’s, Skipper’s, Small’s and Whiskey in the Jar.