Toast of the town

By Charles Sercombe
When it comes to good food and great times, Hamtramck has plenty to offer. In this column, we’ll talk about what’s happening at our bars, restaurants and other events that can be found throughout the city 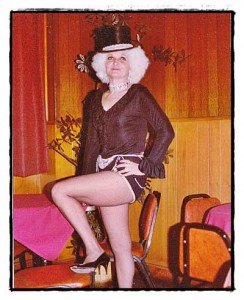 Well, one of the biggest characters you can find here is the owner, Virginia Szymanski. And we mean that in all the right ways. Virg is actually pretty awesome. Plus, she has a salty sense of humor.

It took a lot of cajoling to get Virg, as her friends and customers call her, to talk about her bar.

“I don’t know how you’re going to write this,” she said to Toast of the Town. “I’m a crazy lady.”

That quote may sound weird but you have to imagine her saying that in a self-deprecating, jocular tone. In other words, Virg is a non-stop jokester and often, she spins the joke at her own expense. We here at Toast certainly have a soft spot for anyone who is quick to make her – or him — self the butt of the joke instead of being mean and catty about others.

And anyway, if Virg is crazy, we could use more of her crazy in these screwed up times (we’ll drink to that).

Her bar, located on Jos. Campau and Commor, has been there under one name or another for decades. Virg’s mother, Betty, bought the place in 1971.

So, if Virg’s mother’s name is Betty, why did she call it Jean’s? Old Betty had a trick up her sleeve. You see her sister’s name was Jean, and Jean happened to work down the street at the now long-gone Senate Bar. Jean was actually a silent partner with her sister.

The thinking was, since Jean was popular with the Senate crowd, those patrons might be tempted to check out Jean’s Bar. We’re not sure how that plan worked out but Jean’s is still here and the Senate closed down sometime in the early 1990s.

OK, time for an old story. Before Virg and her mother owned the bar. Hamtramck was once a major star attraction in the 1940s and 50s when the city had a population of 50,000-plus and the Dodge Main plant was running full speed.

Back then, there was a major bar here in town called The Bowery. That’s where the stars performed. The Bowery was just down the street, just north of Jean’s Bar (which was called The Commor Bar at that time).

The owner of The Commor told Virg’s mother that Danny Thomas and Peggy Lee would often sneak out of the back of the Bowery and come into his bar for a private drink – just to get away for a few minutes between their sets.

Virg is telling us this tale on Wednesday morning as she sips her coffee. She points over to comer of the bar, at the back.

“That’s where Peggy Lee would always sit,” she said.

A chill went down our spine. Imagine, not so long ago – ahem, relatively speaking — there she was. Sipping a drink. Taking a drag off a cigarette. All by herself. Lonely. The oh-so-cool ice queen in black and pearls.

You can hear it. Her famous song:

If that’s all there is my friends, then let’s keep dancing

Let’s break out the booze and have a ball

If that’s all there is”

Virg no longer works regular hours at the bar. She’s now in her early 80s. But you’d never guess her age by looking at her. She is still incredibly youthful looking, and, we might say, still a looker.

Virg’s immediate family consists of two sons, neither of whom has an interest in carrying on the family line of work. That means sooner or later the bar will be up for sale, or at least the liquor license. The person who owns the building connected to the bar owns the bar space.

Virg owns everything else, which she quickly points out: “Everything is old in there … including me.”

If that’s all there is my friends, then let’s keep dancing.”)

You can hear a snare flam at the end of that line, and Virg has a gazillion of them. She kind of reminds us of the ribald comedienne, Rusty Warren. In fact, there might even be a bit of a resemblance.
For you kids, Google that name, or better yet, go to YouTube.

Virg is there at the bar during the days mostly, whenever she feels like it. Stop by and check out one of Hamtramck’s gems. She’ll have something snappy to say.

We’re feeling a bit maudlin, heck the freakin’ Republicans are back in charge. We need a drink … to forget (forget what? I don’t know … I forgot). Someone … cue Peggy Lee again:

If that’s all there is my friends, then let’s keep dancing.”

We’re not sure how Hippo’s Bar manages to get into this column so often. But considering what a likeable guy owner John Hypnarowicz is, we can’t help it. John just retired this past summer from the public school district where he drove a bus for over 30 years.

His job included driving Special Ed students. John’s a big guy and you know, he’s got an even bigger heart. Several years ago he started throwing Christmas parties for the kids where each one would receive a present of new clothes.

The guy cares. He was there for his kids and believe us they loved him like a dad.

And believe us, many of them needed those new clothes. These are kids who came from hard times.

Well, on Dec. 10, you can do something about that.

John will be holding his last party for the kids. Before that, however, he needs to raise a lot of money to buy those clothes. He’s having a fundraiser on Saturday (Nov. 20), 2-6 p.m., at the bar, featuring great home cooking and beer specials. Think about it, on a Saturday afternoon do you really need anything more than that?

For 6 bucks you get a meal of your choice: meatballs and mashed potatoes or kielbasa and kraut and add in some bread and dessert. There will also be raffles and drink specials.

Stop by and have a toast with Toast of the Town.

A few weeks ago we mentioned that the lovely Melody Baetens, a co-owner of Small’s, recently got married. We couldn’t remember the name of her beau. What a Doofus we are (yes, with a capital “D”). You know, one can Google this stuff easily enough.

The lucky groom/hubby is … drum roll and cymbal crash, please … Dave Malarsh. Again, all of our best to you guys.

By the way, we stopped by Small’s last Saturday for the Seatbelts reunion and man, old rockers still know how to rock, and in fact, could teach some of the young dudes and dudettes a lesson or two.