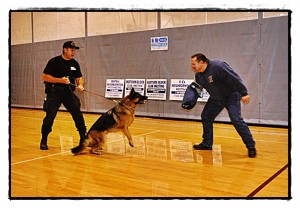 Wednesday’s Weed and Seed Town Hall meeting wasn’t one to miss. But don’t worry if you did – the information is all here.

To begin the meeting, community member-at-large Vera Burk introduced the Weed and Seed program’s new Site Director Barbara Stachowski, who joined the team earlier this year. Stachowski went on to talk about how Weed and Seed works, explaining that it is foremost a strategy consisting of four components: Law Enforcement; Community Policing; Prevention, Intervention and Treatment; and Neighborhood Restoration and Economic Development. When each component works together it allows for the community to “weed out” problems and “seed in” solutions.

“It’s the big picture that makes the difference,” she said. “I encourage everyone to get involved.”

Stachowski then introduced Police Chief Mark Kalinowski, who was there to talk about the importance of getting involved in preventing crimes. He said that good communication was a key part of crime prevention, and that by simply talking to your neighbors and knowing who they are allows for a heightened level of security because it builds the strength of the neighborhood.

Once that has occurred, he said that preventing a crime can become as simple as creating a phone tree and then calling everyone on it to sit on their porch and read a book when something suspicious is occurring.

Chief Kalinowski also spoke about the importance of clear communication when reporting a crime. He reminded the audience that when calling 911 it is important to speak clearly, remain calm and provide as much information as possible.

And on the subject of crime reporting, he talked about a new tool for law enforcement called Nixle, which is a free computer program that can automatically send text message updates to your phone when a crime is reported in your specific area. When he finished, he commended the success of the Block Club, reminiscing that when he started there was only one block club.

“Now they’re multiplying and we have a bunch, like 3c7,” he said. “That sounds like a math problem – it’s great.”

After Kalinowski spoke, he introduced Sgt. Wally Tripp, the Police Liaison for the Weed and Seed program. Tripp’s presentation focused on the common types of crime in Hamtramck and how to prevent them from happening. Overall, he said that there are three components to every crime – a victim, an opportunity and a desire to commit it – and that by taking away just one of those parts it is possible to stop a crime before it happens.

He also provided some startling statistics, such as that a breaking and entering occurs every 11 seconds in the country and that 60 percent of home invasions occur in the daytime, most likely from 6 to 10 a.m.
He then advised residents on easy home remedies to keep crooks out of the house. Securing doors with metal door jams and 3-inch screws help secure doors, obstructing windows from being opened, playing a radio and keeping on the bathroom light when you are not home are all good ways to make it harder for robbers to break into your house. For night-time, he said that lighting is the most effective low-cost deterrent to a crime.

The next speaker was Det. Jackie Crachiola, who works with youth in the community. She was there to speak on the importance of keeping minors away from a criminal lifestyle and stressed the need for parental involvement.

Crachiola highlighted a few ways that the city has tried to curb youth-driven crime, like its curfew, the Youth Tobacco Ordinance, and the recently-passed Parental Responsibility Ordinance which can hold parents responsible for their child’s actions. Before she finished, she mentioned she is still looking for volunteers to help finish painting the viaduct at Jos. Campau and can be reached at (313) 876-7823.
“I love trying to make a difference with the kids,” she said.

On the stage after Crachiola was Officer Greg Colllins of the Auto Theft Investigation Unit. He spoke about the best ways to prevent auto theft, saying that in the United States a vehicle is stolen every 30 seconds.
Collins said that locking doors, closing windows, using a steering wheel club and removing valuables from sight all make a difference to an amateur car thief. Additionally, parking in a well-lit and visible area can also be a deterrent, as can kill switches, car alarms and the “LoJack” tracking system. He also said that if a car is stolen, Vehicle Identification Number (VIN) etching can aid in the recovery process.

“VIN etching can help us find your car a lot faster,” he said.

The last police officer to speak was Officer Mark Kay of the department’s K-9 unit. He was there with his partner Officer Raider – a German Sheppard – to explain what his and his partner’s roles are in the police force.

Kay told the audience that dogs are primarily used for their superior sense of smell, saying that dogs can typically find things faster than humans can. He also said that the K-9 unit can help the police in apprehending drug offenders because dogs can legally sniff the area around a car, and if they detect something, police officers can then proceed with a full, legal search of the vehicle. Another important use of the dogs is crowd control, which is possible because of each dog’s highly-trained level of obedience.

“This is the bullet that I can call back,” Kay said.

To conclude the meeting, the leaders of the local block clubs all spoke briefly about their individual block club, encouraging residents who are not already members to get involved.

Each club has their own unique challenges and solutions, but they have all grown in the years since getting started and they continue to be the backbone of the neighborhoods they serve. Ron Orr, of the Community Policing aspect of Weed and Seed, finished the meeting by reiterating the importance of the Hamtramck Community Initiative (HCI), which oversees the Weed and Seed Program.

“The HCI is a vital part of Hamtramck,” he said. “You might not see the things we do, but our work is very significant to the city.”