U of M Polish Club has plenty of love for Hamtramck 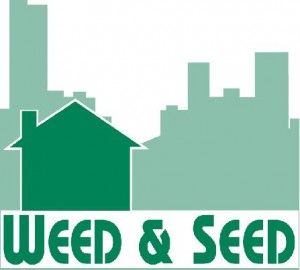 Members of Hamtramck’s Weed and Seed organization have been whistling U of M’s famed fight song “The Victors” recently.
That’s because the group just received a pledge of funding from the University of Michigan Polish Club. As part of their civic engagement, the club will donate the proceeds of their annual Wolverine Ball to the Hamtramck Community Initiative (HCI).
Though the exact donation won’t be known for another few weeks, what it will be used for is already in the planning stages. Ian Perrotta, Chairman of the Neighborhood Restoration and Economic Development (NRED) subcommittee for the Weed and Seed program (and also staffwriter for The Review), outlined plans for a city-wide day of community service that would be funded by the donation.
“Over the next several months we will be coordinating our efforts with other organizations to identify areas that can be targeted for restoration and redevelopment. We will then assess these targets to come up with itemized and easy-to-follow plans to achieve the desired transformations,” he told the Polish Club. “By collaborating with various groups and organizations throughout the city, we will be able to leverage the resources of your generosity and their voluntary labor in a combined effort that will result in a better Hamtramck for all.”
The reason the HCI was chosen to receive the donation was because of Hamtramck’s Polish history. Lauren Uchalik, Vice President of the Polish club, explained that many of the club’s members either lived in Hamtramck or have family in Hamtramck and wanted to give something back to the community.
“We wanted to find an organization that the Polish Club would feel a strong link to, and although the city is now ethnically diverse and Poles make up a small part of the population, we want to do what we can to make that home as best as it can be,” she said.
If you are interested in learning more about the upcoming NRED effort contact Ian Perrotta at ian@habitatforhamtramck.org.