Veterans Park could be going to the dogs 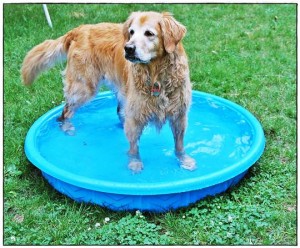 Lauren Hepola has a “pet” project that’s worth howling about.

She wants to create a dog park for Hamtramck.

“I see it as a way to promote responsible pet ownership in Hamtramck,” she said.

Hepola also points out the positive effects a dog park could have on the city for residents and visitors alike. She said a dog park could increase interaction between Hamtramck citizens, building more cohesion in the community.

While still in the early stages, Hepola’s idea is getting a positive reaction from residents and city officials.

“It’s a great idea,” said Jason Friedmann, Hamtramck’s Director of Community & Economic Development. “There’s a good group of citizens behind it, and the city is committed to try and find a way to pay for it.”

Hepola and other supporters of the park are currently applying for a grant as part of the city’s Master Plan, as well as looking at the possibility of private funding for the project.

The group currently has several ideas for the future location of the dog park, the primary spot being Veterans Memorial Park. Some of the ideas this group has had for the park include adding benches, agility jumps and informational signs on vaccine recommendations and low-cost vaccine clinics in the area.

Hepola said there are several other possibilities for features and locations currently being talked about.

“We’re still in the early process,” she said. “Nothing has been set in stone.”