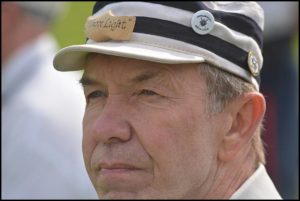 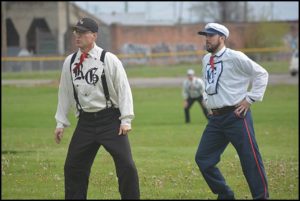 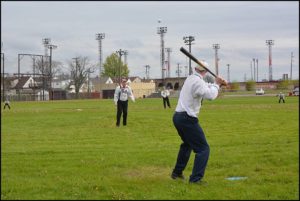 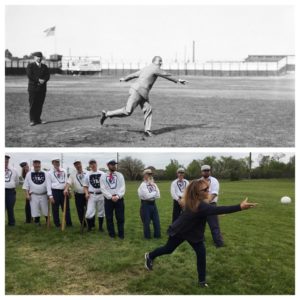 By Charles Sercombe
Hamtramck’s historic baseball stadium came full circle last Saturday.
When the stadium was first built, as the story goes, Tiger baseball legend Ty Cobb threw out the first pitch.
This was no ordinary stadium. It was built in 1930 for the Negro Leagues – back when African-Americans were not allowed to play in the white-only major leagues.
On Saturday, Cobb’s granddaughter, Cindy Cobb, visited the stadium where a day-long tourney of vintage Base Ball (as it was spelled then) was being played.
Now that’s history.
The morning games started off a little rough, with the skies still cloudy from an earlier rain, and the field still plenty wet.
But as the day wore on, the skies cleared and the sun came out.
A perfect day for baseball – er — Base Ball.
Players dressed in 1860s period clothing, and played without gloves.
Mayor Karen Majewski got into the spirit of the times and wore a dress similar to that era (and no, we don’t mean ERA, as in earned run average).

Expect to see many more baseball games here.
The Friends of Historic Hamtramck Stadium recently completed a successful online fundraising campaign, and with the help of the Michigan Economic Development Corporation, the organization has $100,000 to redo the entire field.
With fingers crossed, there could also be a grand slam of sorts, money-wise.
The school district and the city together have applied for a multi-million dollar grant from the Ralph C. Wilson, Jr., Foundation that would allow the stadium to be renovated and also create an entertainment complex.
As baseball great Yogi Berra famously said: “It ain’t over till it’s over.”

One Response to Vintage baseball comes to Hamtramck Stadium