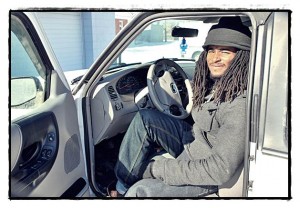 The city has a new weapon in its fight against crime – the Hamtramck Neighborhood Patrol.

Beginning in late April, members of the community will start patrolling the city in an endeavor to prevent crimes before they happen. To maximize their effort, the organization – which has a mission “to ensure the safety and security of Hamtramck residents, their property and their homes” – will be in constant radio contact with the police.

These won’t be just ordinary citizens, however. Though the squad will be comprised of volunteers, each member will undergo a training course that teaches the fundamentals of crime detection and radio communication. Classes will be a few hours long and are scheduled to begin right around the start of spring.

Training sessions will include an overview of the radio patrol as well as a basic law review. Once the course progresses the subject matter will delve into the topics of the patrol’s limitations, safety and duties, as well as what comprises a crime and how best to prevent it. After members are well-versed in those areas, radio protocol and how to record and report potential crimes are the final lessons.

Credit for the creation of the Hamtramck Neighborhood Patrol can be given to the city’s Weed and Seed program, and more specifically to that organization’s Community Policing and Law Enforcement subcommittees. Raphael Thurin, a community organizer for Weed and Seed, says that it was a natural direction to head for the committee.

“Tom Stackpoole was working on an effort to get his block club to do a patrol, and with all the info he had compiled it just made sense to expand the program to the whole city,” says Thurin. “Hamtramck is a small city – it’s possible to patrol the whole thing.”

For anyone interested in becoming a member the guidelines are simple. Applicants must be at least 18 years of age, have in interest in the community – such as either living or working in it – and have a valid Driver’s License and be insured. They must also pass a background check and comply with all rules and requirements supplied by the police.

Also supplied by the police will be the radios, thanks to a department-wide upgrade of the old systems. The department’s new radios were mandated by the federal government and were paid for with grant money, which left the old equipment still usable but obsolete.

“At first we had just planned to use cell phones,” says Thurin. “It was just a lucky coincidence that the police were upgrading their radios. When we realized that we could utilize their old ones, the decision to do so was a no-brainer.”