Voters sink plans for a variety of school repair projects 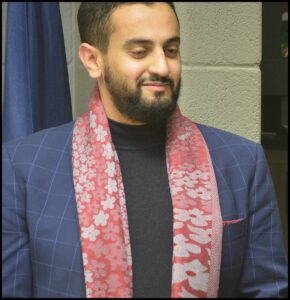 By Charles Sercombe
Plans for building a new school and making major repairs to existing school buildings will have to be put on hold.
Hamtramck voters overwhelmingly rejected the public school district’s bond proposal to raise property taxes by seven mills for up to 30 years.
Those voting against it totaled 2,571, and those for it totaled 1,380.
If it had passed, it would have raised $35 million.
Those totals are not official yet.
The millage proposal faced steep opposition. On social media, particularly Facebook, residents, including former Hamtramck School Boardmember Nasr Hussain, spoke out against the proposal.
Also joining in the opposition were the vice principal of Kosciusko Middle School, Christina Adamczyk, and her husband David, who has done some work for the district. They created a Facebook page dedicated to defeating the millage. Hussain also created a Facebook page campaigning against the proposal.
Critics said the district was asking for too much money while at the same time riding on a “sinking fund” millage that is paying for past building repairs.
(Editor’s note: See an accompanying story on page X that provides responses to the millage defeat by Superintendent Jaleelah Ahmed and Board President Evan Major.)
Getting the vote tallies was no easy task.
Hamtramck City Clerk August Gitschlag emailed The Review at 3 a.m., saying there was a “technical nightmare with ballot jams and tabulator failures” in counting absentee ballots.
He stayed up until 4:30 a.m. processing the ballots with election workers.
In the race for state representative for the 4th district, Abraham Aiyash, a Yemeni-American from Hamtramck, won by a wide margin with 5,352 votes, which includes voters from the Detroit portion of the district.
He also won the temporary seat to fill out the term of Isaac Robinson, who died this year of COVID-19.
Aiyash said in a Facebook posting on election day that he was feeling “very good” about election results.
“We are going to win this, folks,” he added.
Two other Hamtramck candidates, Michele Oberholtzer and Shahab Ahmed, trailed in that race. Oberholtzer came in second with 1,946 votes.
Several other Detroit candidates in that race were also in the races for the partial and full-term.
It has been 30 years since Hamtramck has had one of its own represent this district, which includes part of Detroit, in the state legislature.
The last resident to serve was Chester Wozniak, who managed to squeeze in one last term when he was elected to the legislature in 1990.
That election victory was considered a fluke, and he served only one term. He had also previously represented Hamtramck in the 1950s.
In the race for Wayne County Commissioner for the district that includes Hamtramck, Highland Park and a portion of Detroit, incumbent Martha Scott coasted into victory with 10,761 votes.
Her only challenger was Hamtramck City Councilmember Mohammed Hassan, who garnered 3,481 votes.
Holding up Hamtramck election results, as well as for many other communities, were the high number of absentee ballots to process.
By state law, absentee ballots cannot be counted until election day – not as they come in to the city clerk’s office.
Many voters chose this method to vote because of health concerns posed by the coronavirus pandemic.
There were 3,111 absentee ballots, with another 648 that were never returned. In-person voting numbered 1,515. The total voter turnout was 4,626.
Looking to the November election, Aiyash and Scott should have no problem sealing their victories.
Since Hamtramck historically votes heavily Democratic, it’s likely that Aiyash will go on to win the November runoff with his Republican rival, Howard Wheathington.
In Scott’s case, there is no Republican challenger to face in November.
In other election results:
County Clerk Cathy Garrett ran unopposed on the Democratic ticket. She will face off with her Republican challenger Dylan Gomula in November, but county voters traditionally support Democrats in this race.
Wayne County Treasurer Edward Sabree faced two Democratic challengers but managed to survive, despite some ethics questions that dogged him this election.
His Republican challenger is Anthony Wozniak.
In the Register of Deeds race, Democratic incumbent Bernard Youngblood beat his Democratic challenger by a landslide. His Republican challenger in November will be Parker Burns.
Congresswoman Brenda Lawrence, of the 14th District, which includes Hamtramck, was the only other incumbent on the ballot facing a challenger. She also survived.
Two Wayne County millage renewals, one for parks and another for a variety of expenses, were approved.
Posted Aug. 7, 2020