Want to run for city council? Now’s the time 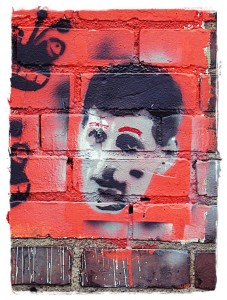 Hamtramck’s election season is officially up and running.

Nominating petitions for three City Council seats are now available at the City Clerk’s Office. The council race is the only local office that will appear on the August Primary ballot.

Councilmembers Shahab Ahmed, Cathie Gordon and Catrina Stackpoole are up for re-election – if they choose to seek it, that is. So far, Councilmember Stackpoole is the only one saying she doubts she will go for another term.

“At this point I’m not seeking re-election, but I am getting a certain amount of pressure,” Stackpoole said about whether she would run again.

She has increasingly shown frustration during council meetings, some of which drag on for three or more hours while councilmembers endlessly debate issues.

She has lashed out at councilmembers for taking up too much time in discussing topics, and for their habits of repeating themselves and interrupting others.

Stackpoole said she would prefer to serve the city by being appointed to one of a dozen or so committees.

Speaking of councilmembers who seem to get under Stackpoole’s skin, Councilmember Cathie Gordon, who is finishing her first term, said she will likely seek re-election, barring a decline in the health of her mother or aunt.

“God willing I will run again,” Gordon said, sounding very much like a seasoned politician.

Councilmember Shahab Ahmed, who has been in office for seven years, said he has not yet decided whether he will run again. There has been much speculation about whether Ahmed will go for another term and for that matter how electable he even is.

Ahmed seems to have been eclipsed by other elected officials and by other candidates in the Bangladeshi community. He was the first Bangladesh-American to win public office in Hamtramck, and possibly in the state.

As for who else will run? There are always the usual candidates you can count on seeing as well as a whole new generation coming up. So far, two people have pulled petitions for the council election: Richard Fabiszak and Dilshad Chodhury.

Hamtramck’s political landscape has undergone tremendous change in recent years. Once dominated by Polish-Americans, the community now has a larger Bangladesh-American population.

Bangladeshi candidates appear to be on the verge of winning a majority of elected offices in the city.

For those who like to keep track of Hamtramck politics, this year promises to be high drama.

Nominating petitions for the August Primary must be turned in by May 10 and contain at least 25 valid signatures from Hamtramck registered voters. Candidates can opt to pay $100 instead of seeking voter signatures.

In the November election, two school board seats will be on the ballot. Boardmembers Dennis Puchaski and Jerome Balcerzak are up for re-election.

One Response to Want to run for city council? Now’s the time