Weed and Seed Director’s career switch is on the ‘Money’ 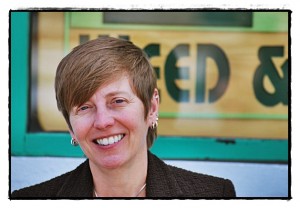 Before she became the Site Director for the Hamtramck Weed and Seed program, Barbara Stachowski was an environmental engineer. And now, because of that career change, she’s featured in the November issue of Money Magazine.

Earlier this year, Stachowski’s friend (and Macomb County Commissioner) Toni Moceri heard that Money was looking for people in the Detroit area who had reinvented themselves in the wake of the recession. Moceri suggested to Stachowski that her story would be a good profile, and after debating whether or not to do it Stachowski decided to sign on with the piece.

“I’m a recovering capitalist, so at first I was reluctant to have anything to do with Money Magazine,” she said. “But I realized it would be good for the city and I did it.”

Now that the issue has come out, Stachowski says she’s glad she partook in the article. She says that she’s happy with the way it turned out and is satisfied with both her and the city’s portrayal. She said that the article was not only able to accurately tell the story of her transition, but that it was also successful in helping spread the word of what Weed and Seed does.

Though the magazine is just hitting newsstands now, Stachowski says that it has already had an impact – most notably during the time of the photo shoot. As part of the article, Stachowski had her picture taken by a crew of photographers at the community garden on Edwin St. As the crew was taking pictures, several residents came to see what all the fuss was about, allowing Stachowski a chance to interact with them.

“The real success of the article was that it got people interested in what we’re doing. And I was really appreciative that the Hamtramck folks were able to interact with and show hospitality to the New York City crew,” she said. “You could really feel their sense of pride.”