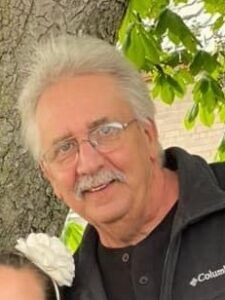 Many folks in Hamtramck know of Michael Pelak, who is better known by his nickname “Turtle.”
We have some unfortunate news: he died Dec. 19 at the age of 67.
His funeral will be this Wednesday (Dec. 22) at St Hyacinth Catholic Church, 3151 Farnsworth, Detroit MI 48211. Interment was at Mount Olivet Cemetery, 17100 Van Dyke, Detroit.
Services will be at 11 a.m., and he will be lying in state starting at 9 a.m.
Here is his obituary, which was prepared by Jurkiewicz & Wilk Funeral Home:
PELAK
Michael Pelak “Turtle,” 67, died December 19, 2021.
Mr. Pelak passed away at his home in Hamtramck, Michigan.
Michael was born on March 31, 1954, in Detroit, Michigan to John and Angeline (Bierzynski). He grew up in Detroit, at Chene Street and Medbury, and was the 10th of 14 children.
Everyone who knows Michael, knows him better as Turtle, a nickname given to him by his father because he walked so slow. Turtle met the love of his life, Ingrid “Inky” (Mokrzan) when he was 17 years old. They married on June 26, 1981, and raised their three children Michael, Kimberly, and Lisa in Hamtramck.
Turtle was a fixture in Hamtramck, owning and operating a successful tire business “Turtle’s Tires” and later a bar, lovingly named “Inky and Turtle’s” for many years. The bar became a gathering place for family, friends, and the neighborhood. Turtle could usually be seen ending the night with a dance with his best girl. Turtle will be remembered as a kind and generous man who gave to those in need, a man of faith, a good friend to so many and above all a man who loved his wife deeply and his children and grandchildren unconditionally.
He is lovingly remembered by his wife, Ingrid Pelak (Hamtramck); his son, Michael (Marie); his daughters Kimberly Pelak and Lisa (Martin) Tokarski; grandchildren, Alyssa Pelak, Tyler Pelak, Lilliana Pelak, Andrew Tokarski and Daniella Tokarski; sisters, Joann, Kathy (Philip) Reggio-Pelak; brothers, John (Gilda), Daniel, James (Michelle), Philip (Pammie) and Joseph.
Turtle is preceded in death by his parents, John and Angeline; brothers, Thomas, Edward (Leona); sisters, Carol (Jim) Novak, Barbara Jean, Lorraine, and Christine (Pete) Silisavage.
Mr. Pelak’s funeral Mass was Wednesday, December 22, 2021, at St Hyacinth Catholic Church, 3151 Farnsworth, Detroit MI 48211. Interment was at Mount Olivet Cemetery, 17100 Van Dyke, Detroit MI 48234
In lieu of flowers, please make donations in Michael’s name to St. Hyacinth Catholic Church in Detroit. Arrangements were entrusted to Jurkiewicz & Wilk Funeral Home.