What’s all the fuss about HUSS? 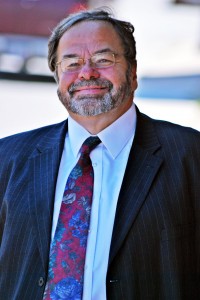 After almost four decades of coordinating the efforts of the city’s numerous social service organizations, HUSS continues to play a pivotal role in helping the residents of Hamtramck with many of their needs. The organization recently reconvened after a summer break.

For the uninitiated, HUSS is a non-profit that was founded in 1971 which brings together members of various Hamtramck organizations in order to help each entity work together to maximize each others’ and their own level of service. To do so, HUSS conducts monthly meetings that give each organization a chance to discuss what it is currently doing.

The monthly meetings are the heart and soul of HUSS, and, they fulfill the organizations three main purposes. First, they allow the organizations to coordinate the direction of their efforts, something that helps reduce duplication, which can cause services to be watered down and less effective.

Second, during the meeting’s roundtable session – where HUSS members share the latest news of their organization – members of HUSS have the opportunity to share, update and analyze information that is relative to human services needs in Hamtramck.

Finally, those discussions allow for the planning, development and implementation (either directly or indirectly) of programs in response to those needs. Past programs and projects include a mental health center for the city, a health fair for the community and a $500 college scholarship for students. The scholarship is still being offered by HUSS, and on the organization’s radar is a project to bring in a federally qualified health clinic to Hamtramck.

Another feature of the monthly meetings is a presentation given by various organizations throughout the area. These presentations offer HUSS members a chance to learn about organizations, events and opportunities they may otherwise be unaware of.

At the most recent HUSS meeting, representatives from the Wayne County Infant Mortality Speaker’s Bureau presented an overview of the scope of infant mortality in Wayne County and Detroit, which informed HUSS’s members on just how bad the problem is. But more importantly, by educating them to the problem it empowered them to help solve it.

As is the case in many other organizations (and as mandated by federal non-profit law), HUSS has a board of directors as well as elected officers. In HUSS, there are four elected positions – President, Vice President, Secretary and Treasurer. For the 2010-2011 HUSS session, those positions are held by Theresa Sondys, Aswan Almaktary, Katy Kibbey and Aza Camo, respectively. Kibbey, who represents Wayne Metro, plays a particularly important role in the organization as she is the primary contact person for all agencies and helps relay messages between them. Eligibility for these positions is based on membership of the organization, which for a nominal fee of $15 per year can be obtained by both individuals and organizations.

Though the organizations and representatives that make up HUSS sometimes change, the mission remains the same for the many groups involved.

Currently, the entities involved with HUSS include (but are not limited to) the Center for Youth and Families, Hamtramck Adult Education, The Friendship House, Wayne Metro, Friendship House, Recycled Treasures, the City of Hamtramck, the Arab American and Chaldean Council (ACC), the Michigan State Housing Development Authority (MSHDA), Weed and Seed, ACTS 29, the Department of Human Services and the Piast Institute.

Also included in HUSS’s membership is People’s Community Services, who’s Executive Director Tom “Good Egg” Cervanek has been a member since 1975. He says that he’s proud of the fact that the organization has been able to function all this time despite not having a budget and relying solely on volunteers, and that the work of HUSS has made Hamtramck “state-of-the-art in human services since it began.”

“It really makes a difference in the community,” says Cervanek. “And it just happened naturally. There is a great synergy in HUSS – the whole is greater than the sum of its parts.”

For more information about HUSS check out its next meeting at 10 a.m. on Wednesday, Oct. 27 at the Department of Human Services building (on Jos. Campau near Carpenter) in the Main Conference Room.