Will layoff of firefighters save the city money? Only time will tell 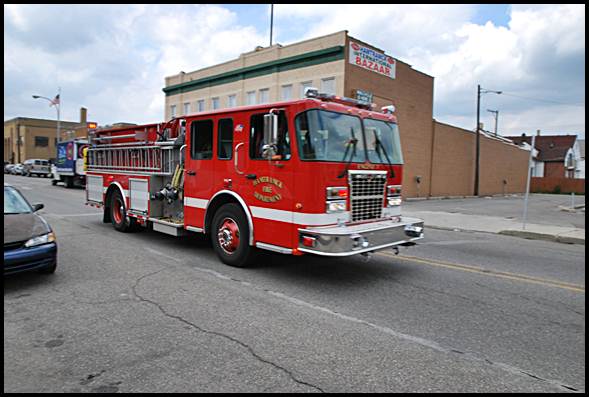 On Monday, the city laid off 12 firefighters, which is nearly half of the department.

The talk of the town on Monday was about the layoff of 12 firefighters, which is nearly half of the department.

According to media reports, firefighters accused city officials of playing politics because the firefighters’ union and city can’t come to an agreement on contract concessions.

(William Diamond, the president of the firefighters’ union, did not return a call to The Review for comment.)

City officials were tight-lipped about the layoffs.

Mayor Karen Majewski would only say that the city is ready to “sit down with them anytime.”

But the layoffs aren’t just about the city’s ongoing financial crisis. The layoff notices were issued to qualify for a federal grant, called “SAFER,” that will pay the salaries of firefighters for two years.

The grant is being made available to financially-struggling cities.

The city applied for the grant several weeks ago, but there has been no word yet on whether the city will get it. Even if the city receives approval for the grant, there is no guarantee city officials will accept. Some officials have suggested rejecting the grant if firefighters do not agree to concessions.

There is even talk of possibly disbanding the Fire Department when the firefighters’ contract expires in two years. City officials said there a number of options to replace the department, including hiring a handful of full-timers and augment them with part-timers or volunteers.

A looming question in the city is how much money – if any – the layoffs will save the city. The firefighters’ contract calls for a minimum of seven firefighters per each 24-hour shift.

There are now 15 remaining firefighters, and it is likely they will be racking up overtime to ensure minimum staffing.

Tertzag said it’s impossible to see if the layoffs will save money or cost the city extra money until overtime costs come in.

“At this time, it’s only speculation,” he said.

In a prior interview, Diamond said the union would only agree to about $150,000 in concessions.

5 Responses to Will layoff of firefighters save the city money? Only time will tell