Winter Glow will shine a light on the holiday season 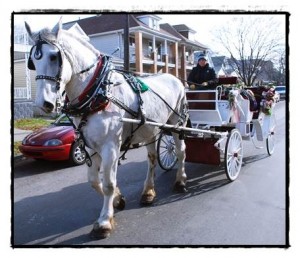 It’s that time of year again.

Tomorrow (Dec. 4) marks the return of the annual Winter Glow, a fun-filled event for the whole family put on by the Hamtramck Recreation Department. Like last year, the festivities will be held at the Community Center on Charest (next to the high school).

Saturday’s celebration begins at 10 a.m., when you’ll get the chance to have breakfast with Santa. This hearty pancake meal with all the fixings is just $1 for kids and $3 for adults, but tickets must be purchased at the Community Center before tomorrow.

At 11 a.m., the Winter Glow officially begins. Entry is free – as is everything to do inside and out – and there will be plenty to keep you occupied. In addition to several craft-making stations, there will also be an inflatable moon bounce, a slide and an obstacle course. And if you’re a little hungry or thirsty there will cookies and hot chocolate, too.

Outside, you’ll have the rare opportunity to take a horse-drawn carriage ride throughout the city. But don’t worry if you’re scared of horses – you can always ride the old-fashioned carousal that will make its debut at this year’s event.

Now in its 16th year, the Winter Glow has grown from a small event at City Hall to what it has become today. Recreation Coordinator Teresa Yorke explained that it is partly that reason that the event will be held even in light of the tough economic times facing the city.

“It’s a way for the community to come together and just have a good time,” says Yorke. “And I think that this year it will probably be the biggest and best yet.”