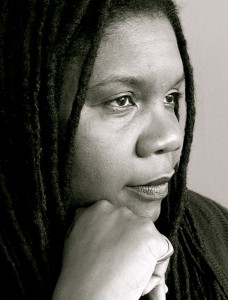 Poetry comes from the details of life. Poets come from all over – including Hamtramck.

For the past 15 years, Vievee Francis has lived and worked in Hamtramck, writing poetry and quietly gaining a reputation in the literary community. Her hard work has paid off—literally—and last Friday she received a 2009 Rona Jaffe Foundation Writer’s award.

The award is part of a program that seeks to afford emerging women writers of fiction, creative nonfiction and poetry the opportunity to pursue their work. It includes a $25,000 grant to be used for the purpose of making writing more accessible, and pay for the cost to attend an awards ceremony in New York City. This year’s guest speaker was inaugural poet Elizabeth Alexander.

Francis has been a fixture of the Detroit literary community and through Wayne State University Press published a book of poems in 2006 titled “Blue-Tail Fly.” For her next endeavor, she plans to write a book on the Wendish region of Texas, where her family has lived since the 1800s.

“It’s an honor to win this award,” said Francis, “and it will give me an opportunity to travel and finish work on my manuscript. One thing I’ve wanted to do for years is visit Poland, and I’ll finally have the chance.”

For more information and to read some of Francis’ poems check out http://tiny.cc/vieveepoems.