A baseball legend’s tale is now ready to be told 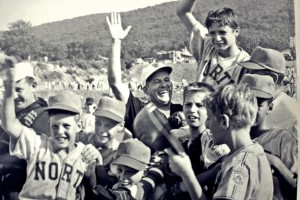 As far as documentaries go, the film on Hamtramck’s own Art “Pinky” Deras was a grand slam.

On Monday (Aug. 23) the premier of “The Legend of Pinky Deras: The Greatest Little-Leaguer There Ever Was” was shown at the Hamtramck High School Community Center to a packed crowd. Among those in attendance were Deras himself, as well as several former teammates including ex-Major League player Tom Paciorek.

The film was produced by Brian Kruger and Buddy Moorehouse and is being released by Michigan-based Stunt3 Multimedia’s Blue Hammer Films. It tells Deras’ tale from his Little League days through his retirement from the Warren Police Department.

Incredibly, the story of Deras’ remarkable ability was one that almost wasn’t told. Kruger originally found out about Deras while doing research for a documentary on one of the first girls to play Little League ball. After speaking with a Little League official, he casually asked if there was a Hall of Fame. The response was a definite no – “it would be a nightmare dealing with parents” – but the official did say that if there was one, it would start with Pinky Deras. 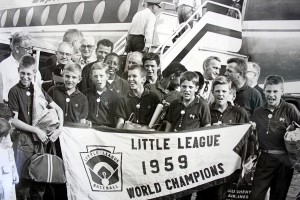 Intrigued by the official’s comment, Kruger decided to find out more about this player from his own backyard. To his amazement, he found nothing that documented the young Deras’ brilliant career despite his dominating performances with the much heralded team from Hamtramck.

“The Hamtramck team from that era has always been sort of a mythical team in Michigan history,” said Kruger. “We thought there would be lots of info and things on Pinky, but we were shocked to find out there wasn’t anything.”

Now, there is. Thanks to some research by Kevin Deras (Pinky’s son) that unearthed some old 16mm reels of the 1959 Little League World Series game, as well as images from the Hamtramck Historical Commission and interviews with several players from the ’59 and ’61 teams, the multimedia-enhanced story of Pinky Deras can finally be told. 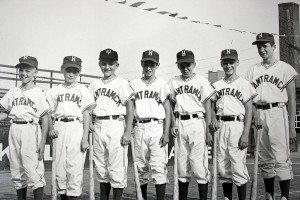 The documentary begins on the ball fields of Hamtramck, where a young player was making waves with his incredible size and talent. Six feet tall and 135 pounds at the age of 12, the legend of Pinky Deras was already spreading by the time the Hamtramck team made it to Williamsport, Pennsylvania to play the final three games of the Little League World Series.

In those days, there was no second chance at glory. Teams had to win 13 games in a row to be crowned champions. Luckily for Hamtramck, during the season Deras went 18-0, pitching 16 shutouts and 10 no-hitters while striking out 298 players in 108 innings. His dominance also extended behind the plate, where he hit .641 with 33 home runs and 112 RBIs. Led by Deras, Hamtramck was the team to beat. 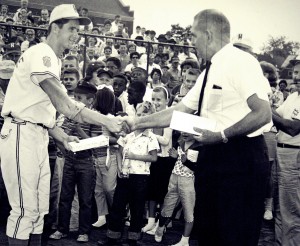 “It was best to be on the same side as Pinky,” says Paciorek, who played with Deras in the Pony League. “I’ve said Art was the greatest Little League player for the last 40 years.”

Fortunately for Hamtramck, Deras was on their team. In the ’59 World Series, he guided them to a 12-0 victory over a team from Auburn, California, and in 1961 he helped defeat a team from San Antonio, Texas 1-0 in the bottom of the 10th inning.

“When you drive into Hamtramck and see the signs for the ’59 and ’61 teams – those things could have never been accomplished without Pinky Deras,” says Paciorek. 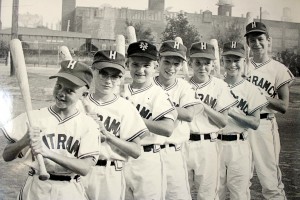 After his Little and Pony League career, Deras went on to become a successful high school athlete, starring in football and basketball as well as baseball. With such natural talent and ability, he was offered a scholarship to play quarterback for Michigan State. However, by that time he had been offered an $80,000 signing bonus to play baseball for the St. Louis Cardinals. Due to economic circumstances, out of what he says was necessity, he chose to take the money.

Despite his early athletic success, Deras’ career in the major league failed to materialize. After five minor league seasons and with the threat of the draft looming, he joined the Army Reserve in 1968. He fulfilled his military obligations and returned to Hamtramck, but not to baseball. Tired of the pressure and expectations that came with playing ball, he instead became a police officer in Warren, serving for 30 years before retiring in 2001. 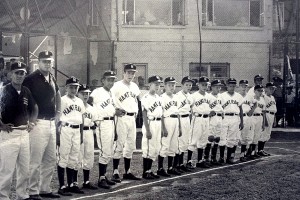 These days, Deras is back in Little League baseball, but this time as a father watching and cheering on his own son. And although he was once at odds with his past life of greatness – at one point he threw away all memorabilia related to his Little League glory days – he has now made peace with all that happened.

At Monday’s premier, he was the same old Pinky that everyone remembered. Standing among his former teammates as they reminisced about the past, he remained humble and soft-spoken about his accomplishments. He politely posed for pictures and signed autographs, graciously accepting his moment in the limelight.

“It’s a special day,” he said. “When you think back, that Little League has been going on since 1946 or so, for someone to recognize me as the greatest player of all time, it’s really something. Now, I don’t know if I deserve that title, but I’ll take it.”

A 30-minute version of “The Legend of Pinky Deras: The Greatest Little-Leaguer There Ever Was” will be shown at 1 p.m. Sunday, Aug. 29, on WXYZ (Channel 7). For a DVD copy of the full 42-minute documentary –including the broadcast of the 1959 Championship Game between Hamtramck and Auburn, Calif., as well as a CD of photos and newspaper clippings – visit www.stunt3.com. Copies are $29.95, which includes shipping and handling. 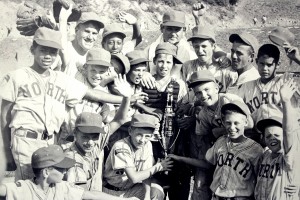