City’s library is safe from the budget ax 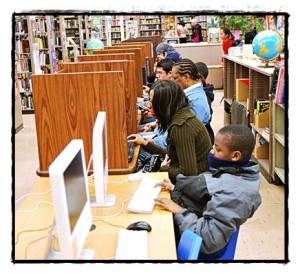 There’s one thing Hamtramck residents don’t have to worry about.

The city’s public library won’t be on the budget chopping block any time soon. That’s because the library is self-sustained through its own special tax millage.

Voters OK’d two types of special taxes, both of which run indefinitely. The library taxes bring in about $450,000 a year.

For a public library to be so solvent is the exception — not the norm – these days. A number of communities are facing the likelihood of having to close their libraries. Detroit is seriously considering closing over half of its existing library branches.

Troy narrowly averted closing its almost new, state-of-the-art library on May 1. The Troy City Council just this week announced it would keep funding the library after a huge public outcry in protest of the closing.

However, Troy voters have repeatedly rejected a special millage for their library.

Hamtramck is not only on solid finical ground, it’s hugely popular. Here are some mind-boggling numbers:

Library Director Tamara Sochacka attributes the high use on the economy.

“Libraries are very popular right now because people have less money for books and DVD’s,” Sochacka said. “The library is their second home.”

There are 25 computers the public can use, and those units were used 40,000 times. Sochacka said from what she can tell, many of the immigrants who live here rely on the computers and the Internet to communicate with relatives back home.

The library has become so popular that last February — for the first time ever — a non-resident fee was imposed. Non-residents must now pay $3 month or make one yearly payment of $30.

Besides offering the basics, Sochacka said the library has branched out to team up with local schools to offer a library orientation program – a program that educates younger people on how to use a library and what the library has in its collection.

There are also a number of after-school programs as well as cultural events that make Hamtramck’s library stand out from others in the metro area.

While the library’s finances are stable, down the road it will have to absorb the costs of pensions, something in which the city is now covering, said Finance Director Nevrus Nazarko.