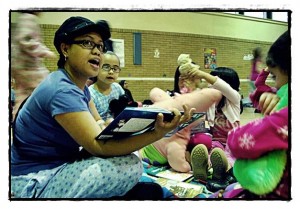 According to Gov. Rick Snyder, he’s got big plans for schools in trouble.

He held a press conference this week to announce an ambitious goal to start with Detroit’s worst schools and said that by 2013, the worst academically performing schools – the bottom 5 percent – in the state would be next.

The schools will be managed under a program called the Education Achievement Authority.

So … does any of this have any impact on Hamtramck Public Schools?

From what Superintendent Tom Niczay can tell, not likely. First of all, none of Hamtramck’s Public Schools are in the bottom 5 percent.

(It was not known at press time if any of the city’s charter schools fall into that category.)

As for the other aspects of Snyder’s plan, Niczay simply had this to say: “There are a lot of unknowns.”

And he’s not the first person to point out – or at least insinuate – Snyder’s plan for Detroit and other schools is vague at best.

One editorial writer at Mlive.com – an online news outlet — compared Snyder’s plan to nothing more than rearranging the deck chairs on the Titanic.

Teachers throughout the state have chimed in saying that the core issue is to first deal poverty many students live with, such as broken homes.

Teachers say: How can you expect to raise the grades and test scores of kids who live with no heat, little food, and possibly a very violent homelife?

But one thing Niczay wishes he could get was some relief on the district’s budget deficit. Detroit was given permission to issue bonds to pay off its massive $300 million deficit.

Hamtramck schools are facing a $6 million deficit, thanks in no small part to cuts made in financial aid from the state.

Perhaps the bigger question is, have Snyder’s cuts in financial aid set up school districts for failure?