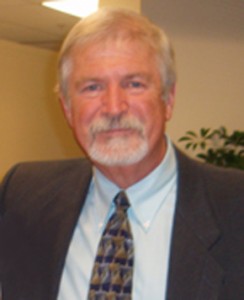 Who is he?
Alex Maysura is no stranger to Hamtramck. For over four decades he was a resident of different locations in and around the city, and for several years he operated a small printing business at various sites. Now, Maysura is a Master of Social Work intern from Wayne State University completing his degree requirements in community action and organization. Currently he is working with the Mayor and City Council of Hamtramck under the direction of Councilmember Catrina Stackpoole.
Over the years you must have seen a lot of changes in the city. What was it like growing up in Hamtramck?
As a child, I remember Hamtramck as a bustling town, vibrant and full of life. Street sweepers wearing gloves, captain’s caps and brooms, pushed their white, wheeled canisters down Jos. Campau, picking up litter and sweeping the sidewalks. Our schools, sports programs, students and athletes were recognized to be among the best in the nation. Hamtramck was clean, safe, self-sufficient and exciting. Neighbors talked to each other and helped one another. It was simply a wonderful place to live. We wanted less and were happy with what we had.
It has obviously changed since then. Why do you think that is so?
Highways, shopping malls, large superstores, newer and bigger homes, new centers of employment, these were some of the things that lured people away from Hamtramck. It seems like affluence spawned indifference. The big hit came with the closing of Dodge Main. That was probably the single most devastating event in Hamtramck’s history. Thousands of jobs were lost and tax revenues evaporated overnight. The city has been on its heels with its back against the ropes ever since.
Do you think it will change again?
I drive around the city almost daily, visiting businesses and attending meetings. Much of what I see tells me that the city is well-positioned for a comeback. Good and caring city leaders, engaged block clubs, enthusiastic entrepreneurs and concerned citizens are the glue that hold Hamtramck together. From where I sit, that bond looks pretty strong. The only negative observation I can make is the lack of productive outlets and opportunities for youngsters. I may be wrong.
How did you get interested in social work?
Living and working in Hamtramck taught me much. It especially gave me perspective on things related to the plight of poor and average citizens, and just how difficult it is for them to live with scarce opportunities and dwindling resources. Most of my schooling has been in psychology. What I have come to understand is that communities, much like individuals, have egos and personalities. People can become depressed and so can cities.
How does that relate to the Civic Engagement Initiative?
The successful revitalization of a community begins with something very simple – someone who has fire in their belly and the passion to get the job done. It starts right there. But if it remains with just one individual it dies. Today’s economic hardships facing Hamtramck and its residents are not the fault of city government, its elected officials, administrators, staff members, employees or unions. It is now time for the city’s residents to step up and do what they can to help their city get through the tough times ahead.
Why should residents care enough to get involved?
In spite of outside help and assistance, unless a person or community believes that it can be better and is willing to do something about it, things will remain the same or become progressively worse. Do you throw away a car because the brakes are bad? Do you throw away a person because they’re unemployed? Do you let a city deteriorate because citizens stop caring? The answer to the first two questions is “no.” Unfortunately, the answer to the last one is, “yes!”
What do you hope to accomplish with the initiative?
Organize citizen groups to go out into their respective neighborhoods and stimulate discussion and awareness about neighborhood and citywide concerns, how they are affected by what’s going on, and find out what residents are willing to do to make things better.
That sounds like your upcoming meeting at People’s Community Services. Can you tell us about that?
The upcoming program at People’s Community Service Center (on Feb. 21, 2-4 p.m.) will consist of a brief presentation about some of the challenges facing Hamtramck. Afterwards, Rev. Sharon Buttry will facilitate discussions and solution groups focused on finding ways residents can help Hamtramck get through these tough times and improve the quality of life within their respective communities. The object is to get people stirred-up, get things moving and improve our city. Everyone is invited and encouraged to attend. Every voice is valuable and every idea is a good one. These are important times for all concerned residents to become involved.
Any last remarks?
I would be wrong not to admit that without the guidance of Mayor Karen Majewski and Councilmember Catrina Stackpoole this event would not have been possible. They must be given credit for their hard work and concern for the residents of Hamtramck and the future of their city.