Sometimes in spring, it’s best to shush up and just look around 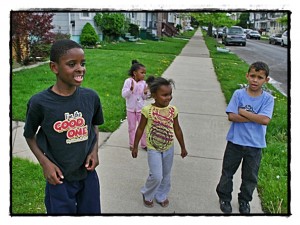 (Editor-at-Large Walter Wasacz writes a weekly column on life in Hamtramck. A version of this article first appeared in modeldmedia.com)

By Walter Wasacz
After rhapsodizing about spring being a special season in Hamtramck, I couldn’t resist getting out on the town with my camera and capturing a bit of what I was talking about in pictures.
So this week I decided to just shut up and let the first week of May do the talking. I’ll revisit some of the same neighborhoods — and some new ones — in a few weeks, after Mother’s Day flowers get planted around the city.