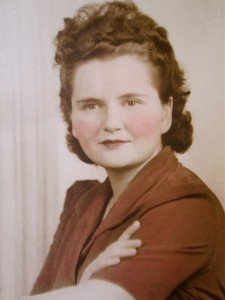 (Editor’s note: Helen Wasacz was widely known in the Polish community here in the metro area. She died on June 23, at the age of 92. Her son, Walter, has been a long-time contributor to the former Citizen newspaper and The Review. We asked him to write a few words about his mother.)

Helen Wasacz was born in August 1919 in a house on Florian St. But for the next 19 years she spent in Poland, she lived the rest of her life a few blocks away on Edwin St.

Much of what she accomplished in just short of 93 years was done in Hamtramck, a place she championed and fiercely defended. She saw no reason to leave. Her business was here, in a storefront at that same Edwin house. The Polish National Alliance, where she served as vice-president for Council 122, Lodge 1758 for decades, was just around the corner. St. Florian and Our Lady Queen of Apostles, two churches she attended, were within walking distance.

She never drove a car. Until she was hobbled by chronic lung disease, and later, hip replacement surgery, she walked everywhere to do her shopping or to take her beloved Bartek — a rescue dog she acquired from the Michigan Humane Society after seeing him profiled on a TV news broadcast — to Zussman Park.

She seldom complained, even as her health declined. She missed walking the most, but she could do most everything else and do it with independence. It was my privilege to witness her strength, endurance and dignity until the end of her life.

Helen Wasacz — my mother — died June 23 at Detroit Receiving Hospital. She was 92. Her final hours were spent in comfort. Up until two days before her death, she was clear-headed and fully engaged in her treatment. She understood what was about to come, and she embraced it with courage.

My mother had a remarkable life.

Soon after she was born her parents, Ludwig Nowak and Maryanna Kaminska, chose to return to a newly independent Poland. It was a heady, emotional time for Poles, who were able to experience official nationhood after four years of bloody world war and 123 years of Austrian, Prussian and Russian partitions.

She grew up in the region closest to Lublin, the largest Polish city east of the Vistula River. My mother was the only one of three children to survive — an older sister (diphtheria) and younger brother (scarlet fever) died before their teens. Her father, whom she told me she adored because he always encouraged her to achieve and aspire to do good things for others, died of cancer in the early 1930s.

Later in the 1930s, still in her teens, she married Wladyslaw Marzec and had a son, Stanislaw.

These years were always difficult for my mother to talk about. War was approaching in Europe. An American citizen by birth, she wanted to return to the U.S. Her husband was obligated to remain in Poland. The couple separated and she boarded a ship for America, arriving in New York only weeks before German bombs pummeled the town square in Gdansk and Poland was invaded on Sept. 1, 1939. Soon she was back in Hamtramck, living with cousins on Evaline St. From her new home in the U.S. she obtained a divorce from her first husband.

Her son also remained in Poland. They were to be reunited when he came to Hamtramck in the 1970s, bringing his wife (Edwarda) and children, twin boys Stanislaw and Wlodzimierz, with him.

The 1940s were an active decade for my mother.

She met the man who would become her second husband, my dad Walter Wasacz. She worked for the Briggs Co. in a munitions factory on Mt. Elliott near Outer Drive. Women were becoming a part of the war effort and my mom was on the domestic front lines. It was there that she learned to speak English, she later told me, and while working at Chrysler’s Lynch Road plant after the war, from 1948 to 1960.

Her English and Polish were fluent but she said she always wished to have a larger English vocabulary and to have received more education. If she had, she told me, she would have become a teacher.

In 1960, she was laid off from Chrysler. Instead of waiting to be called back she enrolled in beauty school — then above Cunningham Drugs on Jos. Campau and Caniff — and by 1962 was working at a salon on Second Avenue at Pallister in Detroit’s New Center. Saks Fifth Avenue was down the block, as were the Fisher and General Motors buildings.

The following year, my father helped renovate the storefront at our house — which had been Joe’s grocery and butcher shop — into the Edwin Beauty Salon. My mom opened her business in 1963 and worked there until 2001, when she retired.

She would have continued she said, if she hadn’t outlived most of her clientele. She was 81 when she stopped cutting hair.

My dad, who worked for the City of Hamtramck as a superintendent of public works, died in 1974.

In 2002, the shop was renovated once again — by Sandra Kramer, her late husband Jim Shaw and friends — and became Barberella. My mom was thrilled that the space was filled with music and laughter. It made her happy that the business had a hip, young client base — not to mention the fact that guitarist Jack White would come to the salon to get his hair straightened. She liked that, too.

Her retirement was fruitful. She worked in her garden every spring and summer. She cooked and cleaned for herself, paid every bill on time and managed the affairs of the house. I helped, but she was the executive director on all major projects.

We spent evenings together watching news on politics or world events and talking about movies. She still had crushes on her favorite actors — Robert Taylor was her man — and politicians JFK and Bill Clinton. A letter from President Clinton thanking her for thanking him for coming to lunch at the Polish Village Cafe during the 1996 campaign still hangs on her bedroom wall.

She felt privileged to meet the former president of Poland, Aleksander Kwasniewski, at a talk in Ann Arbor. For years, she corresponded with the wife (Urszula Wasacz) of a former cabinet minister (Emil Wasacz) when we learned we had relations on my dad’s side of the family in Polish government.

My mom always thought of others first. She donated to causes and charities she believed in. She sent parcels full of clothes to Poland every year. The most recent package arrived in the village near her girlhood home just weeks before her passing. She will be missed in her community, in all the organizations she served, as she will be on the other side of the world.

She was some lady. An inspiration to me and for too many to count. Farewell, mom, with all my love. Farewell.

Walter Wasacz is managing editor of Model D and Michigan executive editor for its parent company, Issue Media Group. He lives in Hamtramck.