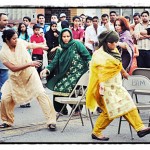 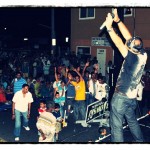 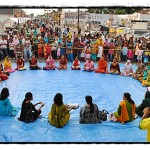 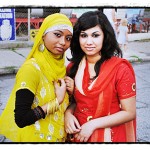 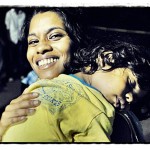 For the second year in a row, the Bangladeshi Festival on Conant Ave. was a smashing success.

About 5,000 people attended the three-day event, which was organized by the Bangladesh Association of Michigan. The festival featured lively entertainment that included games for the community, the musical stylings of several local groups and even a performance by a Bangladeshi pop star.

Also on hand were a number of vendors selling a variety of toys, trinkets and other merchandise. A handful offered traditional Bangladeshi dishes. Some meals were prepared on the spot, but judging by the satisfied looks on the faces of all of the people eating, they all definitely hit the spot.

Fortunately for the organizers and festivalgoers alike, the weather cooperated throughout the weekend, as did those in attendance. Unlike other area festivals that sometimes become breeding grounds for fights, there were no reports of trouble despite the presence of uniformed police officers only on Sunday night. The only real problem was trying to get the festival to shut down, as organizers and attendees alike both wanted to keep it going late into the night.

The success and safety of the festival is a testament to the strength of the Bangladeshi community, a fact that was not lost on City Councilmember Mohammed Hassan. Addressing the crowd, he told them they played an important role in shaping the city’s future, one that he hopes will only grow larger – along with the city of Hamtramck.

“There are many Bangladeshis that live outside of the city,” he said. “I want to annex the area south of Carpenter to Davidson to bring us together.”