Beefed up code enforcement is paying off 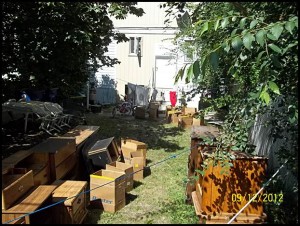 Shortly before leaving his position with the city, former Acting City Manager Nevrus Nazarko made a small change that had a big impact.

Early in the fall, Nazarko restructured the city’s Code Enforcement Division by transferring it from the Department of Public Works to the Community & Economic Development Department.

Additionally, he reinstituted the practice of maintaining city lots and alleyways, which had been abandoned the previous year due to budget constraints.

The result has been a much cleaner city.  Since then the Code Enforcement crew has completed over 200 work orders, taking care of everything from vacant, city-owned lots to boarding up empty houses — plus a lot of stuff in between.

Moreover, the changes brought about a new attitude in town. Whereas code violators used to get away with repeatedly ignoring orders for compliance, since the changes took place compliance has not fallen below 80 percent.

“Our rate of compliance is higher than any of the other municipalities that I’ve talked to,” says Code Enforcement Supervisor Thomas Russell.

Russell is perhaps the one most responsible for the changes seen in the department — and by extension the city. After the police department made the switch from written to electronic tickets, Russell realized the same system could be applied to code enforcement and went about setting it up. 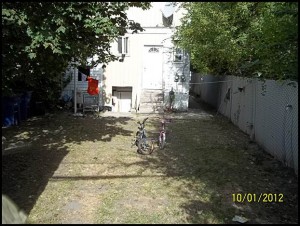 Now, when a person receives an ordinance violation two reports are created. One goes directly to the court, while the other is sent to the violator. Included in the violator’s report is information about the penalty and ways to rectify the violation.

“It’s pretty much a complete duplicate of a ticket issued by the State of Michigan,” says Russell. “It saves us a lot of time and money.”

And speaking of money, the changes to the program have also resulted in a net gain of a few thousand dollars for the city. Though salaries for the department cost the city $8,600 per month, the money brought in from ordinance violations, occupancy permits and other related fees is approximately $14,000 each month.

“The guys have been doing a really good job,” says Community and Economic Director Jason Friedmann, “and it’s reflected in their stats.”

One Response to Beefed up code enforcement is paying off