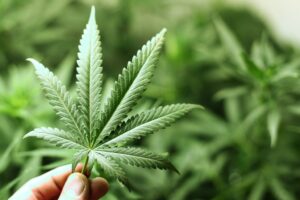 By Charles Sercombe
The city council will hold a special meeting this Tuesday (Nov. 17) to consider adopting an ordinance prohibiting future marijuana operations from setting up in Hamtramck.
Councilmembers Mohammed Alsomiri, Nayeem Choudhury and Mohammed Hassan called for the meeting and are sponsoring the ordinance.
The move comes on the heels of a recreational marijuana retail outlet that recently opened on Holbrook Ave., and another apparent retail outlet seeking a zoning variation for a building on Caniff Ave.
The opening of the Holbrook store, called Pleasantrees, came as a surprise to many in the community. A number of residents, mostly from the Bangladeshi and Yemeni communities, have expressed outrage over the opening.
Two years ago those residents came out in force at council meetings and town hall meetings to express their opposition to legal marijuana operations from opening in Hamtramck.
That issue was thought to be put to rest, but the city council had failed to “opt in” – which would allow such businesses – nor “opt out” – which would have prohibited the businesses.
Since the city failed to opt out, there was no local law preventing the opening of a marijuana business. The only requirements for would-be operators were state laws and regulations.
The city administration did not inform the council ahead of time about the opening of the Holbrook retail outlet.
City Manager Kathy Angerer has said there is nothing she can do to stop a legal business from opening in the city, and that the only thing the city knew was that the Holbrook site was going to be a retail outlet.
And that seems to be the rub for Councilmember Nayeem Choudhury. Reached by telephone on Sunday, Choudhury said he was dismayed by the opening.
“One day we woke up and realized there was a marijuana retail shop – there wasn’t even a ribbon cutting,” he said. “Some people believed this was by design.”
Choudhury said that the council has to respect the wishes of the community.
“The multi-cultural community rejected this many times before,” he said. “If the majority of folks in the city don’t want it, why have it?”
The council meeting will take place at 7 p.m. via Zoom. The public can voice their opinion on the matter also via Zoom.
The meeting can also be viewed through the city’s Facebook page.
The ordinance being considered would ban all marijuana operations, including retail and grow facilities.
If the council approves the ordinance on Tuesday, that will only be the first step toward making it official. The council’s next step would be scheduling a public hearing, which could take place no sooner than two weeks from Tuesday. A final vote could take place after the public hearing — or it could even be put off for another meeting.
Once the ordinance is finally approved, the city would then have to first publish it before it became legally enforceable.
The ordinance would not affect the current marijuana outlet on Holbrook Ave. That operation, by state law, would be permitted to continue.
Updated at 2:30 p.m.

Want to voice your opinion at tonight’s meeting? Here is the Zoom link to the meeting: