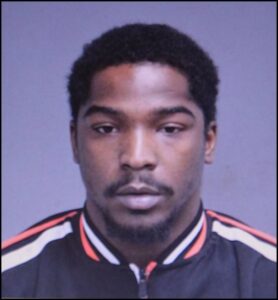 A 24-year-old Inkster man has been charged with the shooting deaths of a man and woman just a couple of weeks ago.
RayQuan Young has been charged with killing Khalileo Anderson and his girlfriend, De’Angelique Thomas, who were found dead in Anderson’s apartment at the Rotana building on Oct. 28.
The Hamtramck Police Department issued a press release Saturday on the arrest of Young. The department is not releasing details of the incident, but it appears robbery could have been a motive.
Young is charged with two counts of homicide, two counts of armed robbery and four counts of a using a firearm in a felony. He was arraigned on Saturday (Nov. 13).
“After a thorough investigation, Hamtramck police detectives identified a suspect wanted in connection with the shooting,” said the press release.
“The Hamtramck Police Department Detectives worked diligently on this investigation and would like to extend appreciation to our local, state and federal partners for their assistance with the investigation and subsequent arrest.”
Young is now in the Wayne County jail, and his next court appearance will be on Nov. 23.
The deaths bring the city’s homicide rate up to six for the year so far.
The apartment building, on Caniff at Moran, has been the scene of trouble in the past.
Posted Nov. 13, 2021