Candidates lined up for elections 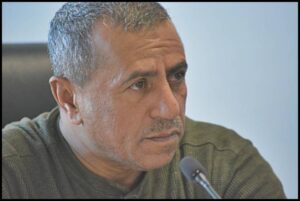 There are a number of interesting aspects to some of the candidates running. In the newly drawn congressional seat in the 13th district, you’ll notice the name John Conyers.
No, that’s the John Conyers who served in congress for years, but it is his son. His father died in 2019.
Conyers draws on a long history of Detroit area candidates running on their family’s name.
Also in the name familiarity game, former Detroit City Councilmember Sharon McPhail has re-entered the political arena. Several years ago she ran for Detroit mayor. After she lost, some wits dubbed her Sharon “McFail.”
Ouch. Politics can be rough.
Also seeking the congressional seat is Detroit politic consultant Sam Riddle. He was convicted for bribery, along with former Detroit City Councilmember Monica Conyers.
Riddle worked as Chief of Staff for Monica Conyers.
And guess who is also running for office?
Did someone say Monica Conyers?
Yes, indeed, she is running for Wayne County Executive.
She might have a problem with that, however. According to media reports, part of her sentencing is that she cannot hold elective office again.
Hmmmmm … Riddle and Conyers. What’s that saying about birds of a feather?
Also making a return to the political limelight is former state representative and former Detroit City Councilmember, Alberta Tinsley Talabi.
She is seeking to fill the open seat in the state senate race for the 3rd district.
That district includes Hamtramck. Back in 2015, The Detroit News reported that Talabi was under investigation for taking a bribe.
` No charges were ever filed in the matter.
Also seeking to unseat County Executive Warren Evans is MD Alam, who has been active in local Bangladeshi affairs.
State Rep. Abraham Aiyash, who lives in Hamtramck, has several challengers, all but one of whom are fellow Democrats.
The exception might be familiar to those in the Detroit music community.
Michele Lundgren, the wife of famed rock-n-roll poster artist Carl Lundgren, is running as a Republican.
The district is heavily weighted in favor of Democrats, so it’s a longshot she will survive the November election. But on the upside she won’t have to go through a primary election because there are no other Republicans running for the position.
As mentioned already, county commissioner Martha Scott is once again seeking re-election and, as usual, she has challengers, including Hamtramck City Councilmember Mohammed Alsomiri.
Many have tried to unseat Scott, but she has proved to be unbeatable.
Another familiar name for Hamtramckans is Armani Asad, who is also challenging Scott.
Asad should be familiar to voters because he has attempted to win a seat in Hamtramck City Council a number of times – all without success.
And, to round things off, it wouldn’t be an election season if the name John Szczepkowski, Jr. didn’t appear on the ballot.
We’ve lost track how many times he was sought elective office, but it’s enough to wonder: Why?
Posted May 6, 2022

3 Responses to Candidates lined up for elections