Complete streets now: lives depend on it 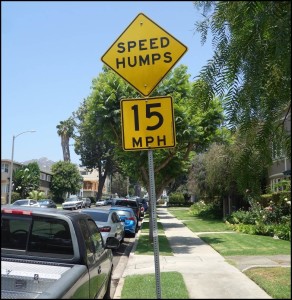 Hamtramck is known as a “walkable” community. But reckless and speeding drivers are making our streets unsafe. Should we lower the speed limits?

By Walter Wasacz
A comprehensive strategic transportation and urban mobility plan was published earlier this month by the City of Detroit.
Using Complete Streets principles — rapidly gaining traction from coast to coast as a way to make motorways, pedestrian walkways and bicycle lanes safer for all users — implementation of the plan comes in one-year and four-year phases.
That’s good news for our neighbor that borders Hamtramck on all sides (but for a small piece we share with Highland Park). Evidence of Detroit’s commitment to safer, more complete and shareable streets can be seen in the construction of protected bike lanes in the Jefferson-Chalmers, Corktown and Midtown neighborhoods.
In the North End neighborhood directly west of Hamtramck, the bike share company MoGo installed a station on Bethune at Brush. MoGo has developed partnerships with DDOT and Lyft, and plans to expand to northern suburban communities in 2019.
Urban mobility initiatives are here and gaining steam. Complete Streets is a positive national public safety movement, growing from 35 communities that adopted its policies in 2005 to over 1,300 small towns, mid-sized suburbs and big cities that follow its guidelines in 2018.
It’s time Hamtramck joins its big neighbor in making our streets safer for everyone.
It’s long past due, of course, an issue many of us have raised for years. When I was a staff writer at The Citizen newspaper beginning in the early 1990s, I launched a column called “Sidewalking,” a precursor in many ways to City Life. I began exploring similar themes that included ways to make the city safer and more attractive for pedestrians and other non-motorized traffic.
The main point has always been about public safety. Without safe streets shared by motorists, cyclists and people on foot there can be no “walkable discovery,” which is what I call my journalistic mission.
Without safe streets Hamtramck cannot make a claim for premium “walkability,” despite the fact that by its early 20th century design alone it should be near the top of every list statewide.
It’s understood that the city’s financial resources are lean, and that since the 1990s, state-enforced emergency management has interrupted momentum to implement a master plan that begins to address some of these issues.
Hamtramck is a desirable place for residential and commercial investment. People want to live and open businesses here, and it is a popular destination for its many food and nightlife options.
That means people are here and more are coming. With Detroit implementing progressive urban mobility strategies at the city’s doorstep it makes good sense to join in the progress and do it now.
One of the cornerstone proposals in Detroit’s plan is to slow down motor traffic around schools and senior housing. Why not take that piece and simply localize it? That would be good place to start. The high concentration of schools in Hamtramck effectively makes the entire 2-square miles of the city a school speed zone, does it not?
In some communities speed limits are posted as low as 15 mph around schools. When I was in Los Angeles earlier this summer, I saw 15 mph speed limit signs posted in neighborhoods near Melrose and La Brea, an area of concentrated resident population and a destination for visitors day and night. Closer to home, I saw the same speed limits posted in Port Huron, on streets near a park south of the Blue Water Bridge.
No, not every street should be 15 mph. But why not 20, especially close to all schools? And 25 on major avenues like Jos. Campau, Conant, Holbrook and Caniff?
Consider this: recent studies show that at 20 mph, 93 percent of pedestrians survive being hit by a car versus just 40 percent at 40 mph.
We’re not talking about speed traps or putting the burden on the police to increase traffic enforcement. The design of the streets and consistent messaging by the city itself that Hamtramck cares about everyone on its streets is the idea: let’s begin there, not with more punishment for moving violations.
There is no justifiable reason why motorists should speed on Gallagher, which is the main connecting route between Tau Beta south of Holbrook, Dickinson East at Norwalk and Edwin, and Hamtramck High School north of Caniff.
Incredibly, motorists not only speed but pass each other on what is a residential thoroughfare, not a highway. “No Passing” signage should also be considered, as well as a double yellow line in the middle of the road. Those are good, and not costly, first steps to increased safety.
As I’ve written many times before, I live on the corner of Edwin and Gallagher and am a witness to excessive speeding everyday. At the same I am also seeing more bicycle traffic, skateboard users, bladers and soon, I’m sure, will see scooters that are quickly becoming popular in urban communities across the country.
Gallagher is also one of the busiest walking corridors for people of all ages: including elementary school students and the elderly, the most vulnerable among us.
It shouldn’t take a catastrophic accident to get the city’s attention or that of the board of education, which can also play an advocacy role for safe streets.
My challenge to you all: let’s start talking, connecting, collaborating, planning and then doing something as if our lives depended on it.
Because they do.
The models are out there. Partnerships and coalitions are waiting to be formed. The time is now to calm traffic and improve quality of life for everyone who lives and visits here. Hamtramck’s future is wide open: let’s share it, beginning with our streets.
Hamtramck native Walter Wasacz’s bimonthly walkable discovery column is a chronicle of his adventures lived close, and not so close, to home.

One Response to Complete streets now: lives depend on it