Election results are in … 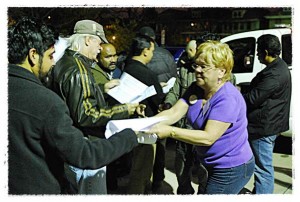 The other two top vote-getters were Robert Zwolak and Anam Miah. All three will go on to serve a four-year term starting this January. Zwolak is a former councilmember. Miah has not held office before. This was his second attempt to win a seat on council.

In the race for two School Board seats, Magdalena Srodek, who has never run for office in Hamtramck, came out on top with another newcomer Nasr Saleh Hussain in second place.

Here are the election results for the City Council race:

In the School Board election, the results are as follows:

The total number of votes cast was 1,835 – almost 400 more than the August Primary Election.

This was one of the warmest November election dates. Temperatures were around 70 degrees with plenty of sun.

2 Responses to Election results are in …