For a second time, public works director finds himself out of a job 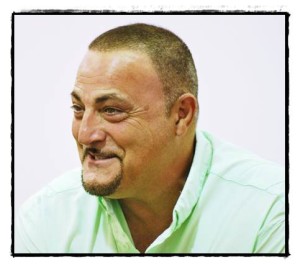 By Charles Sercombe
Former Director of Public Works Steve Shaya is now officially out of a job, at least with the city.
On Wednesday, Emergency Manager Cathy Square announced she had fired Shaya, but declined to go into details about the matter.
A few months ago, Shaya was placed on paid administrative leave after he revealed that he was the uncle of a city contractor of whom he had been assigning work and overseeing invoices for payment.
An attorney for Shaya, Mark Koroi, released this statement: “There is a 27-count complaint against the City of Hamtramck in the United States District Court and a second suit pending in the Wayne Circuit Court against the city by Mr. Shaya.
“We have denied and shall continue to deny any ethics violations or improper conduct with respect to actions of Mr. Shaya.”
That city contractor, Platinum Landscaping, Inc., still performs work for the city, mostly lot maintenance and snowplowing emergency routes. That contractor has earned over $2 million since Shaya has been in charge of overseeing the work.
At the time of Shaya being put on paid leave, Square said she was investigating alleged ethics and income tax violations, but declined to go into detail. Shaya attempted to block a scheduled hearing on the matter, but a Wayne County Circuit judge allowed the hearing to go forward.
In the meantime, Shaya has an active Whistle-Blower lawsuit filed against the city, alleging he was the victim of ethnic slurs and punished for exposing a police officer performing car towing services for a fellow officer connected with the DEA.
This is the second time Shaya has been fired from the city. He first worked as DPW director under Lou Schimmel when Schimmel was the city’s emergency financial manager back in the early 2000s.
Shaya was put on leave when it came to light that he was a convicted felon but had failed to reveal that.
Schimmel eventually eliminated Shaya’s position.
Fast forward to 2011 and Shaya was appointed first as a consultant for the Public Works Department and then hired fulltime, despite having been an employee of Platinum. It was Shaya’s job to oversee work performed by the company.
At the time of his hiring, former City Councilmember Tom Jankowski warned it was a “slippery slope.” Then-City Manager William Cooper assured the council that there would be no conflict of interest and that he, Cooper, would be overseeing the billing submitted by Platinum.