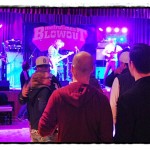 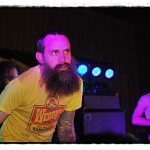 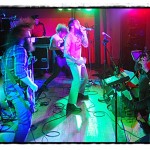 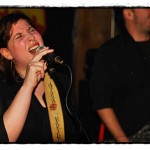 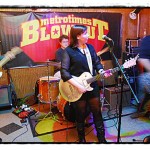 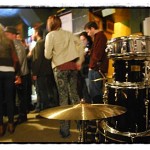 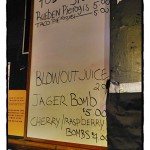 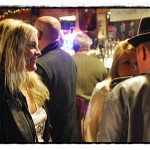 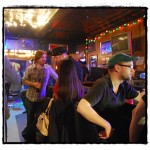 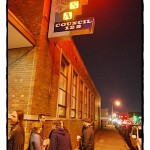 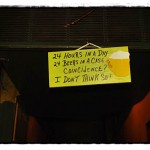 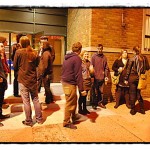 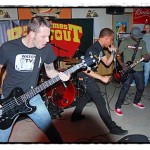 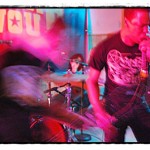 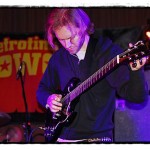 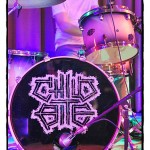 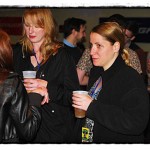 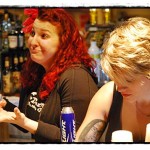 We here at The Review got off to a bit of a late start so we kept it simple. After picking up press passes at PNA Hall, we stuck around a caught the venomous rap thrash of Snakewing in the lounge.

We then ambled over to the main hall and watched Child Bite whip up the crowd. Thrash metal/punk isn’t necessarily our liking, but dang if we couldn’t take our eyes off this bearded group of fellas. Intense, man, intense … in a scary Charlie Manson sort of way.

Having downed a couple of beers, we then decided to go off the beaten path and see what was happening at our favorite Hamtramck dive, Kelly’s Bar.

Yow, were we in for a treat. The Whiskey Charmers, with the sultry crooning of Carrie Shepard, is now our most favorite band. We’ll be coming back for seconds whenever and wherever they play next. Good old American rootsy tunes that you can stomp to.

And right on Brad over at Kelly’s for having a sense of humor and coming up with the silliest drink of the weekend: Blowout Juice.

We noticed one thing about the night. There seemed to be a downtick in attendance compared to previous years.

One sage observer said maybe that’s a good thing cause you didn’t have to bump shoulders with anyone.

Well, for true music lovers, yes, fewer crowds mean more breathing room. But we have to wonder if the worries of some bar owners may come true. With the Blowout being expanded another week into Ferndale, does that mean fewer folks will venture down here?

We’re crossing our fingers that Saturday will prove that worry wrong.