Go fly a kite and get to know your neighbor 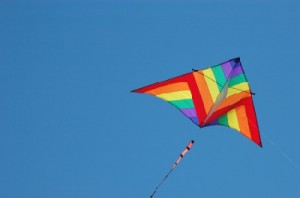 Welcoming Michigan wants to see a Michigan that’s a lot like how Hamtramck has traditionally been:
One that’s friendly to new immigrants.

The organization, whose slogan is “Building Immigrant-Friendly Communities,” has targeted Hamtramck as one of three areas in the southeast part of our state (along with Sterling Heights and the Chadsey Condon neighborhood of southwest Detroit) where they’ve begun their mission: “…to build mutual respect among foreign-born and U.S.-born people who call Michigan home today.”

To that end, they are starting to schedule some Hamtramck-based events to get the word out. Christine Sauve, the southeast communities coordinator, said that they are trying to reach out to “folks from all of Hamtramck’s religious and ethnic groups.”

The first event comes along tomorrow, Saturday (May 26), and is a kite day – a day, their press release says, “for children and families of all backgrounds to simply enjoy flying kites together.”

The weather is expected to be warm and gorgeous, so head on over to Veteran’s Park starting at 10 a.m., until 1 p.m., and they will supply at least the first people to arrive with their own store-bought kites. You can help them out by supplying your own, or take part in a class they’ll hold that will show you how to make one you can use right away.
“We’ve been in touch with some of the schools,” Sauve said, “especially the ones near Veterans Park, like Holbrook Elementary.” They’ve also been trying to work with the block clubs, attending “pretty much all” of their recent meetings to get the word out. They’ve even been trying to outreach, Sauve says, to help the block clubs figure out ways to increase their own memberships and involvement.

The second upcoming event will be a film this coming Thursday, May 31, to be shown at the Hamtramck Public Library at 2360 Caniff, between Lumpkin and Jos. Campau.

Screening from 5 p.m. until 7 p.m. (including time set aside for discussing it afterward), the film is entitled, “Welcome to Shelbyville,” and is the story of a man named Hawo, a Muslim refugee from Somalia, who arrives at the Tennessee town of Shelbyville, and how everyone in the town – whites, blacks, Latinos and now Muslims – try to cope with the reality of the constantly shifting community make-up.

Note too that the film will be subtitled in Arabic.

Sauve says other community leaders are on-board with the idea, forming a local leadership community that includes Police Chief Max Garbarino, Reverend Sharon Buttry of Acts 29 and HCI (along with others from the latter organization), Ahmed Al-Ammari Of the Arab-Chaldean Council, Arif Husik of Common Word Alliance, Phillip Leslie at the Piast Institute, high school students including Emad Shamakh, and “many others.” Mayor Karen Majewski is a big supporter of the group, attending many of their events.

There are certainly advantages for any town that can embrace their diversity. Welcoming Michigan is taking the lead in showing Hamtramck why.