Hanley Academy is ready to graduate to a bigger school 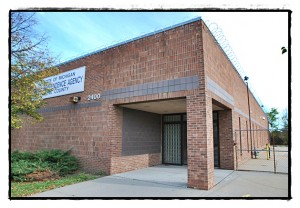 Despite a decline in enrollment this year in the public school district, one area school is set to expand. Plans to build a new site for Hanley International Academy have been approved by the city.

The new structure will be located on Denton St. at the site of the former Department of Human Services building, which is slated for demolition. The goal is to begin work now, complete it by spring and open by next fall.

Once construction is complete, the building will be a two-story, 65,000-square foot facility with enough room for 40 classrooms – including media/technology, art and music rooms – as well as a gym and science lab. The lower level will be home to pre-kindergarten through fifth grade students and the second floor will house a self-contained middle school for grades six through eight. Financing on the estimated $9 million project will come through the sale of bonds.

The charter school currently educates 638 students and has an additional 60 to 70 kids on a waiting list.

It’s been a meteoric rise for Hanley, which came to Hamtramck in 2005 with its St. Florian location and then again in 2006 when it’s Hanley St. building fully opened up. After opening initially as a K-5 school with an enrollment of just 206 students, it has added both grades and students at a remarkable pace. Principal Carolyn Glover, who has been with the school since its inception, credits both the quality of education at Hanley and the community at large in Hamtramck as reasons for the school’s success.

“I think we have a strong word of mouth,” she says, “but I think our teachers are the biggest reason.”