He’s back, but city is still waiting for promised reimbursement 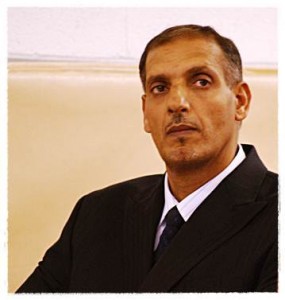 In his first meeting back on City Council last Tuesday, Councilmember Abdul Algazali was in familiar form.

As you may recall, Algazali was tapped for the council seat recently vacated by Kazi Miah, who resigned a few weeks ago. Although Algazali finished in fourth place in the November election, he was the next highest vote-getter, and according to City Charter, he gets to finish out Miah’s term.

At last Tuesday’s council meeting, Algazali questioned a contract extension and pay raise for a consultant who is temporarily overseeing the Public Works Department.

The question of watching out for taxpayer money is a two-edged sword with Algazali. In 2009, he opted not to seek re-election on council and instead went for the mayor’s job.

He lost that election by 123 votes, but nevertheless asked for a recount. Algazali claimed there were errors and fraud in the election, but he refused to elaborate on the claim or present evidence.

Algazali said in a council meeting back then that he would reimburse the city for the recount.

Well, the recount occurred and nothing changed in the election result. That recount cost taxpayers $2,500.
To this day, the city is still waiting for Algazali to pay for the recount.

The Review caught up with Algazali last summer before the Primary Election, in which he was running for council again, and asked if he still planned to make good on his promise to pay for the recount.

Algazali’s response: “You heard me say that?”

One Response to He’s back, but city is still waiting for promised reimbursement