Historical Commission coming close to having a home 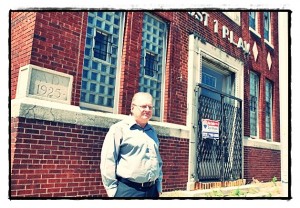 Though not counting chickens before they hatch, the Hamtramck Historical Commission (HHC) is hopeful that a museum site it’s been seeking for a dozen years has finally been found.

The proposed site is the Polish Legion of American Veterans’ Hall Post 1 at 3105 Holbrook Ave., which has been operating in Hamtramck since 1925. The HHC will attempt to convince the City Council of the viability of their proposed plans this Tuesday when Council meets next.

“We think it’s a great site,” HHC Chairman Greg Kowalski said, “and it’s certainly historical. Even in these economical times we’re facing, this is a doable project.”

Sources include a $75,000 grant from the state of Michigan’s Cities of Promise Program; $10,000 in grants from the federal government, and $10,000 from the Friends of Historic Hamtramck, the group that will be raising funds for the HHC for future renovations of the building.

Grant sources to be used for future renovations to the building will be outlined at Tuesday’s City Council meeting, where the HHC will present its plans for the building’s use and target sources of funding.

The building is ready for use now, but the city and the HHC foresee renovations to the building that will take years to complete.
“This is not something that can be done overnight,” Kowalski said. “It’s going to be a long process.”

Although the HHC made finding a site for a museum its first priority when it formed in 1998, the prospect for obtaining a site improved when Gov. Jennifer Granholm introduced her Cities of Promise Program in 2006.

Cities of Promise targeted Hamtramck and eight other depressed Michigan cities for various revitalization projects, and the five-year initiative enabled state agencies and local officials to work together for the realization of those projects.

Kowalski said the museum would bring cultural as well as financial benefits to the city, which contains members of at least a dozen ethnic groups and is already one of the most diverse communities in the country.

Under the Cities of Promise Program, Hamtramck chose to increase and improve cultural opportunities. Kowalski said the toughest thing for the city was identifying a project that would bring all the city’s ethnic groups together.

The HHC has been working with Susan Clark, director of the State Department of History and Libraries as part of Cities of Promise.
The HHC’s presentation on Tuesday will seek to convince City Council of the PLAV Post’s potential to become a museum that could serve as the city’s focal point.

“This isn’t just the history of Polish people, but of all the people in the community,” said Kowalski, who added the HHC is more interested in providing cultural programs, lectures and book signings than displays of city artifacts.

“This will be a living museum,” Kowalski said, “not just cabinets filled with stuff.”

“We don’t have room to store it anymore,” Kowalski said.

Financial benefits to the city of Hamtramck will come when people from outside of the city flock to the museum, said Kowalski, who predicts museumgoers will spend money shopping in Hamtramck.

He said they already do when they complete one of the tours he conducts of Hamtramck.

“This city is a gem,” said Kowalski. “History is a commodity here. People just eat it up.”

2 Responses to Historical Commission coming close to having a home