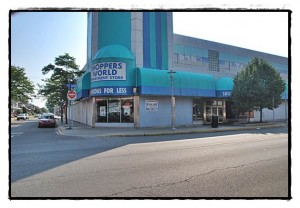 The economy may still be in the dumps in the metro area, but believe it or not, there is a lot happening in Hamtramck development-wise.

A massive housing construction and rehab project is still underway. Wayne County has been busy building rental dwellings throughout town, and the county is looking to construct or rehab 26 more homes, said Hamtramck Director of Community & Economic Development Jason Friedmann.

The city of Hamtramck is still working from a $15 million HUD grant to build or rehab houses, and is in the process of bringing 39 houses on the market.

The housing development is the result of a housing discrimination lawsuit filed in the 1960s. Plaintiffs from the lawsuit have first dibs on purchasing the new housing.

Housing isn’t the only story we have talked about in recent years.

The former Shopper’s World, located in the heart of Hamtramck’s Jos. Campau business district, is still vacant. But that may change in the coming year.

The city is about to hire a company to perform a market study on what should be done with the building. The options are to tear it down, renovate it as is or even build additional stories on it.

Friedmann is hoping to add one or more stories with the upper levels reserved for high-rent lofts.

The bottom portion of the building, if Friedmann could have his way, would be turned into commercial use.

As for the loft developments, Friedmann said the likely target would be those with incomes of at least $85,000 a year.

Would-be developers will be lured with financial assistance from state housing funds and other government financial sources.

In the industrial areas, demolition work is beginning at a former factory on Hamtramck Drive., next to the Wayne County Jail. Friedmann said that if things fall into place, a state-of-the art recycling plant will be located at the site.

The plant would be a model site for being energy efficient. As for the recycling part, Friedmann said the plant will recycle items like office waste, as well as metal scraps from auto factories.

Around the corner on Conant, there is still a plan going forward to turn the former Missant site into a different type of recycling center. This plant would handle household waste.

The waste would be separated, “cleaned” using a high-pressure steam method, and turned into fuel blocks that can be burned “clean” to produce energy.

There has been much speculation about the future of the former North Detroit General Hospital. A few years ago, a developer stepped forward and announced he was renovating the building into a senior day care center and charter school. Work began on the building, including the installation of new windows, but after several months the project came to a mysterious halt.

Well, now a banner has been put up on the front of the building to announce the expansion of the charter school Bridge Academy. Bridge currently operates a charter school in Hamtramck. 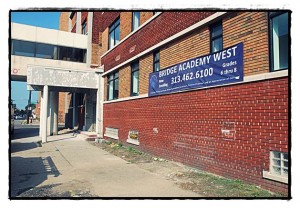 The former North Detroit General Hospital is being converted into a charter school.

The charter school is now planning to expand into the 6th through 8th grades at the former hospital.

While technically the building is located on the Detroit side of the Hamtramck border, a new charter school would be a direct challenge to the struggling public schools here.

Friedmann said money is also being pumped into the medical office complex across the street from the former hospital to modernize the office space.

And speaking of charter schools, Hanley International will soon be opening a new school on Denton St. A branch of the state’s Department of Human Services was located at the site. That building was torn down to make way for the new charter school.