In Hamtramck, police scanners are now a thing of the past 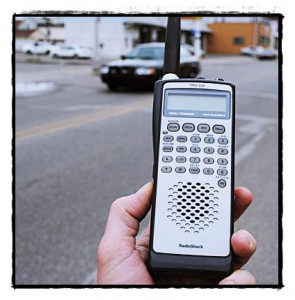 Kiss that pastime goodbye, at least here in Hamtramck.

We don’t know how many folks in town like to tune into their police scanner, but we know there are quite a few who are upset with the Police Department’s decision to upgrade to a digital version of communication.

That upgrade has rendered the analog scanners worthless.

It gets worse, or better, depending on how you look at it. Although there are scanners that will pick up digital signals, Hamtramck decided to ramp it up one step further by making its signal encrypted.

There is no scanner on the market that can unscramble an encrypted signal. But industry experts say sooner or later a scanner will become available to crack the digital code.

Councilmember Cathie Gordon is not pleased with the department’s decision to shut out the community.
“We need the community’s help in assisting” the police, she said.

Even some officers have privately complained to The Review that not allowing residents to tune into their calls will hurt them. One senior officer said the public has helped officers track down fleeing suspects many times.

“That’s why we were so successful in catching suspects,” the officer said, who asked that his name not be used.

Gordon said a lot of seniors rely on the scanners for security reasons. Jane Johnson, who has lived in Hamtramck for all of her 74 years, said she kept her scanner on “day and night.”

“When you live alone, you like to know what’s going on in your community,” said the Commor St. resident.

But she also understands why the Police Department is blocking the signal. And the reason for the changeover, said Lt. Max Garbarino, who coordinated the new communication system, is that criminals are also armed with scanners to monitor where officers are to avoid being busted.

“If I had to choose between the community’s help and the safety of officers, I’d choose safety of our officers,” Garbarino said.

The new system was paid through a county grant. The digital system also allows Hamtramck to better communicate with other agencies. Garbarino said that when a major fire broke out at the Sterling Oil company, Hamtramck officers had to use cell phones to talk with Detroit officers helping out because their radios couldn’t communicate with Detroit’s.

Garbarino said that although Hamtramck’s system is encrypted, the department is able to communicate with other agencies at the flip of a switch. He said that the system could be unencrypted to allow the public to tune in, but that would require sending the radios to the state police to make the change.

Hillary Cherry, who operates a website called hamtramckstar.com, urged the department to allow the public to hear radio transmissions. At Tuesday’s City Council meeting she said the department “will never be able to get a handle on crime” without the ears of the community.

13 Responses to In Hamtramck, police scanners are now a thing of the past