In Hamtramck, the business of death barely hangs on 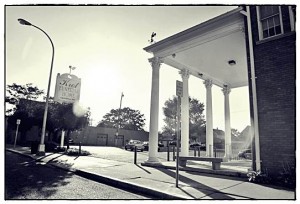 If you didn’t know any better, you might think that the funeral home business in Hamtramck was, well, dying.

Over the past several years, some of the well-known funeral homes in the area have ceased to exist. Miller, Orlowski and Frontczak are among the prominent names no longer operating in Hamtramck, or at all in the trade.

Reached by telephone, City Treasurer Mike Wilk, of Jurkiewicz & Wilk Funeral Home, said he purchased the former Jurkiewicz and Sons business in 1975. A licensed director for 44 years, born and raised here in town, he says the business is much changed now.

“They (people) have a tendency to want different things,” he said, a sentiment that was echoed virtually across the board by all the remaining directors. 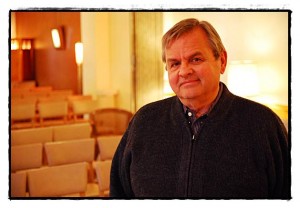 For one, there has been a strong turn away from sitting funerals and formal body viewings, to cremations, often on the same day of death, according to Dave Krot, of Krot Funeral Home. He said that a certain segment of the population seems to have also, perhaps, lost a modicum of respect for the process, as well.

“Still, it’s a very gratifying profession,” he says, straightforwardly. He handles public relations, while his brother Don, recently unretired and back from Florida, is the licensed director in their operation.

Dave Krot touts doing things “right,” and with attention to detail, as the keys to success in the business, and is quick to praise the remaining competitors as people who follow that edict as well.

“If we did it wrong, we wouldn’t still be here,” he admits.

Nor is he suggesting that those businesses that are now out of business were doing things wrong, either. For them, it seems simply to have been a matter of time. 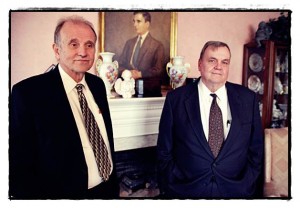 Fred Hikade, whose last name is pronounced Hi-KEED, offers a perspective. Owner of the 93-year-old Skupny Funeral Home business since 1990, he may, on the surface, seem to have joined the ranks of the goners, but in fact he is simply hunting for another building. Meanwhile, he operates out of the Wilk funeral home, with their assistance. His former parking garage was leveled some months back, and his old building has transformed, rather incongruously, into an Asian restaurant.

The former art scholarship student, lured to the trade by the potential income, shed a unique light on the change in Hamtramck’s death industry landscape.

“With Mr. Miller, he was a single man, never-married, and had no one to really leave the business to, to carry it on,” he said. “Orlowski had a son, meanwhile, but he wasn’t interested in continuing the family work.”

Also, he noted, Hamtramck’s funeral homes went out of business simply because many people have moved out of the area over the last 20 years, to the northern suburbs and exurbia.

Chris Buhay, licensed director of the eponymous Buhay Funeral Chapel, has developed a unique approach to keep it going. His chapel serves, almost exclusively, the metro area’s Ukranian community. Opened in 1947, such specialization has enabled the business to continue into its second generation seamlessly enough. Virtually everyone he buries, he knew.
“We just had a Polish service. I can’t remember the last one before that, that wasn’t Ukranian, but I think it was about eight years ago” he laughs over the phone. He, too, cites the biggest factor influencing the trade, at present, as the shift toward no-muss, no-fuss cremations.

Helon Rahman, of Rahman Funeral Home, just up Jos. Campau into Detroit, is using the same strategy to grow her operation, serving the area’s burgeoning Bangladeshi and other Islamic communities.

“I also do pre-need, pre-planning work” with the community, she said. Her incipient business seems geared to succeed, given the area’s demographic shifting.

So, would these who remain recommend working in, or owning and operating, a funeral business to others? Dave Krot’s face drifts down ever so little.

“It’s rewarding. Personally, at our age, most of us (local funeral directors) have experienced these family losses ourselves, to some extent. We’ve all been in it a long time. We know what to do and say, to make (those grieving) as comfortable as possible.”

Mike Wilk noted, “Every person is different, in terms of the way they handle grief.”

Chris Buhay survives because the (Ukranian) community has survived.

Fred Hikade, of Skupny, sums it up succinctly. “It’s a good line of work. It’s just tough to start from the ground up.”
Like so many professions, and for so many cities, the animal called change keeps the players on their toes. Even in this case — where those toes may come with a tag.

5 Responses to In Hamtramck, the business of death barely hangs on