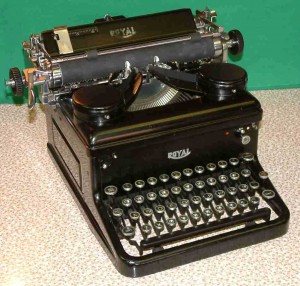 Hamtramck heard some sobering economic news on Sunday from two Kalamazoo college professors.
Kiran Cunnigham and Hannah McKinney met with a small group of residents and city officials to present some startling economic news and statistics. In a nutshell, the economy here in Detroit and Michigan has taken a permanent turn for the worse and jobs, incomes and housing values will never be the same.
They have phrase to describe this new economic reality: The new normal.
The point of their talk was not so much to frighten us, but to deliver the realities we as a community must face. The two professors also challenged us to think of new ways to generate income and provide city services. No one else is going to do this for us, and it’s up to every community to figure out their own plan for survival.
Mayor Karen Majewski helped organize the event with Councilmember Catrina Stackpoole and Hamtramck resident and Wayne State University Master of Social Work intern Alex Maysura.
Hamtramck is facing some tough financial times in the next three years. By 2012, the city will have a $4.2 million budget deficit. City Manager Bill Cooper is proposing massive layoffs in the police and fire departments unless city unions agree to a wage freeze, 5 percent pay cut and other contract concessions.
The City Council is also contemplating increasing property taxes by almost 3 mills to the legal limit allowed.
We are all going to have to shoulder the cuts and sacrifices that are about to come.
But just what is the solution to the reality that decent paying manufacturing jobs are gone forever?
Can we create enough new jobs based on the so-called green technology that people keep talking about?
State officials have their own solution for Michigan communities struggling to balance their budgets: merge your services and school districts.
That’s not an option for Hamtramck, but unless we as a community come together, it might be forced upon us.
There is one sore point we have about this assertion that this loss of manufacturing jobs is our new “normal.” To us, that suggests we as a nation passively accept the fact that American companies have been allowed to ship out good paying jobs to Asia, Mexico and Eastern Europe where they can exploit workers for slave wages and be allowed to poison the earth without having to comply to those pesky American environmental laws.
To us, that is not acceptable and nor should we as a nation allow it to continue. If American companies don’t want to stay here and be a partner with Americans, we should tax the hell out of their imported products.
This isn’t a trade war, this is a war on the future of the American middle class and its ability to survive.
To do that, however, we need elected leaders who are not in the pockets of Big Business. Maybe we’re dreaming, but at least the dialogue needs to gain ground before we all lose our jobs and houses.
The only way we can survive is to have decent paying jobs. Period.