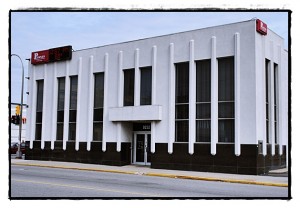 Peoples State Bank officials are downplaying media reports that it is being forced by federal regulators to merge with another bank.

But bank officials do concede there is financial trouble, and they are looking for investors to infuse cash into the bank.

In an exclusive interview with The Review, Bank President and CFO Hank Thiemann said federal regulators have not placed a deadline on the bank to attract investors.

“It takes awhile,” Thiemann said, adding that a merger is less likely because so few banks are merging at this time.

The bank got into financial trouble when a number of commercial loans faltered, Thiemann said. Contrary to a Free Press story, Thiemann said the main culprit was not bad home loans.

As for bank customers, he said their accounts and holdings are safe and are federally insured up to $250,000 – just like any other bank.

Peoples State Bank has been in business for 101 years. The bank started in Hamtramck and has a long history of serving Detroit’s immigrant population.

Thiemann said Peoples acquired Madison Bank in the mid-1990s and now has 10 offices. An office in Southfield was recently closed, but Thiemann said that had nothing to do with the recent financial troubles.

There are no plans to close the Hamtramck office.