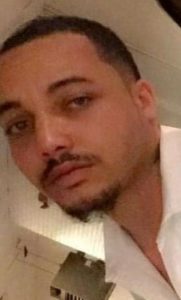 By Charles Sercombe
Hamtramck’s second homicide of the year happened early Friday morning.
Police say they have little information about the circumstances of a shooting death of a Detroit man that happened around 2:30 a.m. in the area of Grand Haven and Circle Dr.
Police are seeking the help of witnesses.
According to a press release issued on Monday (July 13), officers responded to a call about gunshots being fired in that area.
Upon their arrival at the scene, Kiywon Ballard, 30, of Detroit, was found, suffering from a gunshot wound.
Ballard died later at a local hospital.
Police Chief Anne Moise said the department is “working diligently” on finding whoever shot Ballard.
Anyone with information is asked to call Detective Gonzales at (313) 800-5276. The referencing case number is 20-4894.
On Ballard’s Facebook page, it says he worked as a line cook at Louisiana Creole Gumbo.
Hamtramck’s first murder happened in March at the Col. Hamtramck Housing project.
A woman and two men, which included the woman’s brother, got into an argument. The woman then started swinging a kitchen knife and accidently stabbed her brother in the neck and killed him.
Posted July 13, 2020