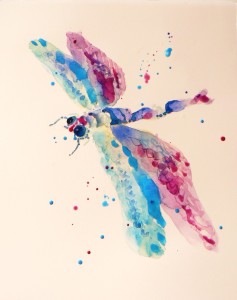 By Alan Madeleine
Special to The Review
How can a few pieces of paper make a difference in a tragedy of unimaginable scale?
When they are decorated and delivered with messages of support and love, perhaps?
Many Westerners think that a Zen “koan” is a riddle which appears to have no knowable or correct answer, or is a sort of rhetorical question designed to be repeated like a mantra or to make one think along a certain path.
“What is the sound of one hand clapping?” is probably the best known of such koans. In fact, in Zen Buddhism, a koan is expected to elicit an answer from the student.
The opening sentence here may suggest one of these koans, but the answer is very real, and is grounded in one of the great human traditions, that of honoring the dead.
The recent tragedy on board the South Korean ferry boat the MV Sewol on April 16 appears to have taken the lives of up to 300 people (268 bodies had been recovered as of May 7, with 34 still missing) — the vast majority of them high school students who were headed to the island city of Jeju, south of the mainland.
Can a dragonfly, symbolic of rebirth, help heal the families’ broken hearts?
The blame for the incident seems to have settled on the fact that the ship was carrying over three and a half times the limit of cargo in addition to all the people, and that a too-sudden turn caused this cargo below deck to shift, capsizing the boat.
In the tumultuous aftermath, the high school principal has hung himself, a diver perished several days ago during the rescue effort, the captain and crew (those who survived) face criminal prosecution, and the country’s highest-up leaders are under fire, with one or more already resigning.
The U.S., Russia, China and others have assisted either directly or indirectly in the rescue, and/or sent aid.
Into this unfolding tale has stepped Hamtramck’s Detroit Zen Center.
They have sent out an open letter to their community, and beyond, about their efforts to recognize the tragedy. The Center, a branch of a 1,300-year-old Korean temple called Sudeok-Sa, has a connection to some of the victims.
The Detroit Center’s Director is Hillary Moga, who goes by her monk name of Myungju. She once taught at Jogyesa, the branch’s headquarter temple.
Some of her old students were on the doomed boat.  At least one, a young man whose name she wished to keep in anonymity, has been confirmed dead. Myungju elaborated on the Detroit Zen Center’s effort to help with the healing process.
“We have paper dragonflies at the Center. They can be colored or written on, and we will deliver them to the families,” in time for the solemn and critical 49th day ceremony, she said.
“We have no agenda in doing this,” she continued. “Our intention is simply to help.”
Soon, Myungju says, you will be able to go to their website and find a link to the dragonfly image, which you can then color in, or add your feelings to.
“We have to set a deadline of May 24, because we are leaving by May 25 or 26” in order to be there (in South Korea) for the 49th Day ceremony on approximately June 2, Myungju said.
The 49th day after death is significant in Korean, and other, Buddhist culture. It’s a day symbolizing the end of the amount of time thought needed to understand one’s condition, review their karmic connections, and so forth.
The dragonfly image refers back to an ancient folktale involving a drowned fisherman and his rebirth as a dragonfly by a kind ocean spirit.
If you feel so moved, you can either access the image online, or go in person to the Center, and then decorate your own dragonfly image(s) for Myungju and her band of compassionates to take with them overseas.
The Detroit Zen Center is located at 11464 Mitchell St. on the southeast corner of Casmere, one block east of Jos. Campau. Their phone number is (313) 366-7738, and their website is www.detroitzencenter.org. Anyone can ring their bell and be admitted to color their dragonfly.