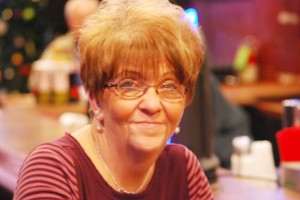 By Charles Sercombe
Well, well, here we are with our first Toast column of 2011. In fact, we are writing this on a most peculiar date: 01-11-11. Add it up and … Oh who cares. But for you astrology and numerology buffs out there, send us an email and let us know the divine — or maybe not so divine — meaning behind it all.

We’ll drink to that.

Hmmmm … Looks like we’re off to a rambling start. And with that in mind, it seems that the only bar here in town to take any notice of the King’s birthday last week – and by that, of course, we mean Elvis – was the Belmont Bar with its annual birthday bash for the rock and roller.

Sheesh, people, it’s not like he’s some upstart like Michael Jackson. And the Belmont once again added an over-the-top touch: complimentary fried peanut butter and banana sandwiches. Just for inventing that combination, Elvis Presley deserves all the worship he receives.

All kidding aside, we hope Hamtramck’s bars survive another year. We know this economy is beating a lot of places down. Hang in there guys. From where we sit, there’s only one place to go: up.

Hey, we caught wind on one of the rock and roll Internets that our favorite recording/travelling band, The Reigning Sound, is making a stop here in Hamtown on March 4. Only thing is, apparently no bar has been booked yet. OK, guys, which one of you are bidding on this?

If you have never heard of The Reigning Sound, stop whatever you are doing – including reading this – and head over to the Internet and do a search and take a listen for yourself.

Freakin’ incredible. If the universe was truly an orderly and fair thing, Reigning Sound would be huge. The band’s twanger and song-writing wiz, Greg Cartwright, is up there on the genius level.

And speaking of rock and roll, we are still in a state of shock over losing our good friend Jim Shaw right before the holiday season began. Our heart and condolences go out to his widow, Sandy, and of course his family and friends. There is a huge hole in the soul of Detroit rock.

You know, City Councilmember Cathie Gordon sometimes takes a beating in these pages over her role as a city official.

But there is another side to Cathie. She just so happens to be one of the best bar owners in town, which is a mighty achievement considering just about all the bar owners here are terrific.

You have to imagine this: On one night of the Hamtramck Blowout, we saw Cathie climb on top of her bar, line up customers, have them tilt their head up and open their mouths and then proceed to pour Jagermeister down their throats.

Now in our book, that is one hell of a bar owner. Good Golly!

So … with that introduction, it’s high time we sit down with Cath and dish. Her beginnings into the bar biz is kind of funny. She wasn’t always the fun lovin’ drink slinger.

Oh no, in fact far from it.

Back in 1985 her husband, Lew, got the idea that owning a bar here would be a lucrative thing. And he was right. Yep, their bar, The New Dodge Lounge, was a hit – thanks largely to the workers at the Poletown Plant and American Axle.

Heck, with a glass of beer at 90 cents and a shot at 60 cents, you couldn’t beat that deal.

At first, though, Cathie was verboten!! from entering the bar. Yeah, that’s right, banned from her own bar.

Back then, Cathie was a full-time nurse who specialized in helping people with substance abuse problems. When she first came to her bar, she would start counseling those who looked and acted like an alky. All that unwanted attention kind of drove away some customers, so out the door for her.

“I laugh about it now,” Cathie said.

Eventually, as fate would have it, she had to quit being a nurse after some heart trouble got in the way of work. So, she fixed her sight on the bar business and with her shrewd knowledge of how to make customers happy, business shot up by 30 percent.

Ah, the 80s and 90s. Those were sweet years for anyone who owned a bar. Hamtramck was one booming town. It got so good, Cathie and Lew said screw it to renting their bar space and decided to buy a building just down the street, on Jos. Campau on the southend.

With the help of a city-DDA façade grant, they were able to redo the front portion of the building and turned it into one of Hamtramck’s premier showcases. But almost at the same time, the economy slowed down, and then the unimaginable: The American Axle plant closed down, moving its production to Mexico.
That sucked on so many levels.

Cathie said it’s been a struggle since. Business is down 40 percent, and she now has to rely on attracting special events, such as retirement parties or other such things.

One of those special events will be a memorial for the legendary Stanley The Madhatter – a longtime staple of the Detroit-Ann Arbor rock scene. Stanley recently died at the age of 62 from prostate cancer. The dude knew just about everyone and was around during the golden age of rock in Detroit during the turbulent 1960s.

His friends will hold a memorial at New Dodge on Thursday, Jan. 27. It’s going to be a special night with folks talking about their pal. Also during the evening, there will be an auction of his vast rock and roll collection.

One more thing about Stan. His real name is Stanley Zillifro, and he grew up in Hamtramck. Does anyone reading this remember Stan from his Hamtramck days? If so, please drop us a line. We’d love to hear about it.

Talking about the 60s, Cathie, who is turning 64 in March, remembers that era fondly. As good as the 80s and 90s were for bar owners, this city was unhinged before that.

We’re sure Stanley, God bless his soul, would toast to that.